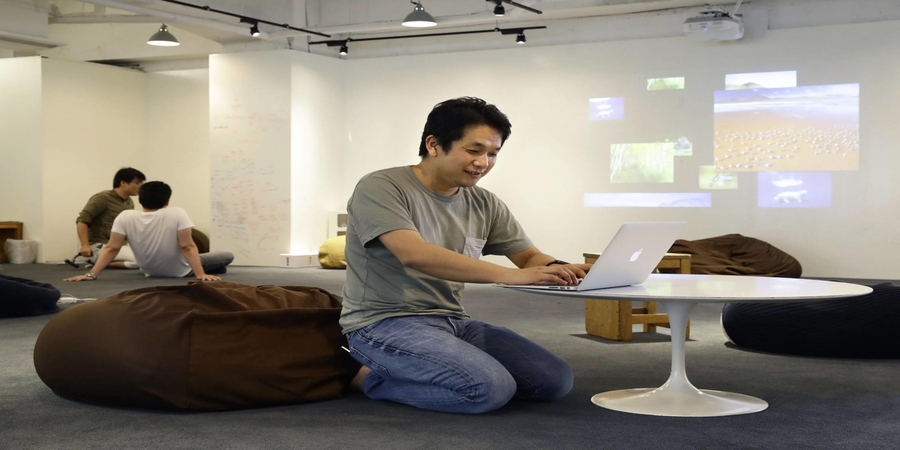 It all started, Ken Suzuki says, back in 1989 when he visited the Berlin Wall.

Suzuki, who was 14 and on a school trip at the time, was allowed to cross into East Germany because he had a Japanese passport. Along the way, he saw a memorial for a family who’d been shot trying to get to the west. If they’d waited a few months, he thought, they wouldn’t be dead. That November, the wall came down.

“It was such a huge shock,” Suzuki said in an interview, speaking of his trip. “It made me think about why such absurd walls have to exist.”

More than two decades later, he tried to do something about barriers and unfairness. He created a company that aims to give people objective news.

SmartNews, which uses an algorithm to provide what it says is an unbiased, nonpartisan mix of information, raised $230 million (about ¥26.2 billion) last month at a valuation of $2 billion, making it one of Japan’s most valuable startups.

It’s also a rare example of a Japanese technology venture making inroads into the U.S. market, where users doubled last year, according to the company. The SmartNews app had been downloaded 50 million times globally as of the summer of 2019, while monthly active users had reached 20 million, it said.

SmartNews is backed by the Yamauchi No. 10 Family Office, the investment firm that manages the wealth of the family behind gaming giant Nintendo Co. and says it wants to change Japan.

Suzuki, who was born in Japan, attended school in Dusseldorf, part of West Germany at the time, for about a year because of his father’s work.

He studied physics at Japan’s Keio University before earning a doctorate in complex systems and artificial life from the University of Tokyo in 2009.

He also wrote a book on how science could help bring about a world without walls.

Suzuki and Kaisei Hamamoto, who were introduced to each other by a mutual friend in 2009, founded SmartNews in Tokyo in 2012.

The site’s “Top News” page shows stories from different media organizations on topics ranging from the coronavirus to business and politics.

It deploys an algorithm so users can see news from various perspectives. The technology helps prevent readers from being exposed only to information that reinforces their own beliefs, according to the company.

Like many social media firms, the company uses its technology to identify and categorize news. But while other platforms use this to filter content out, SmartNews says it’s to help present users with opposing points of view.

The app’s “News From All Sides” feature allows users to read political news from both the left and right of the spectrum. They can also move a sliding bar at the bottom of the screen to adjust the perspectives.

Political news “plays a role in supporting democracy,” Suzuki, SmartNews’s chief executive officer, said. If you don’t familiarize yourself with news that differs from your usual viewpoint, “you’ll have a narrow perspective,” he said.

Suzuki says a three-week road trip around the U.S. in 2016 was one of the reasons the app gained traction in America. On it, he realized there was no such thing as a “typical American,” and used his interactions with people from varying backgrounds to modify the app.

SmartNews has also ventured into other areas where it seeks to break down barriers. Since April, it has been providing up-to-date information on where people can get coronavirus vaccinations in Japan. More than 7 million users signed up for the service, according to the company, something Suzuki says he believes helped boost the uptake.

The app’s recent popularity is a dramatic turnaround from the firm’s early days. At the SXSW conference in Austin, Texas, in 2012, Suzuki and Hamamoto spent ¥600,000, the last of their money, to showcase a beta version.

On the flight to the conference, they agreed they would give up if the gambit didn’t succeed. And it didn’t, partly due to poor Wi-Fi at the venue, according to Suzuki.

“It was a huge failure,” he said. But the two decided to keep going despite their vow to quit.

SmartNews plans to double its employees globally to about 1,000 “as soon as possible,” according to Suzuki. It currently has about 400 staff in Japan and 100 in the U.S.

The company, which makes money from ads, declined to comment on whether it’s profitable.

Competition remains stiff in the media industry and making profits is a challenge, according to Tomoichiro Kubota, a senior market analyst at Matsui Securities Co. in Tokyo. While providing unbiased news might be a noble goal, it won’t necessarily attract readers, he said.

“They will need to find a way to monetize the rising user numbers,” Kubota said. “If they don’t, it’s possible this kind of venture business could fail or be taken over.”

Whether that happens remains to be seen, but in the meantime, Suzuki says the app is going some way toward breaking down those walls.

“I don’t know if SmartNews be able to provide an ultimate solution,” Suzuki said. “But I believe it will contribute.”