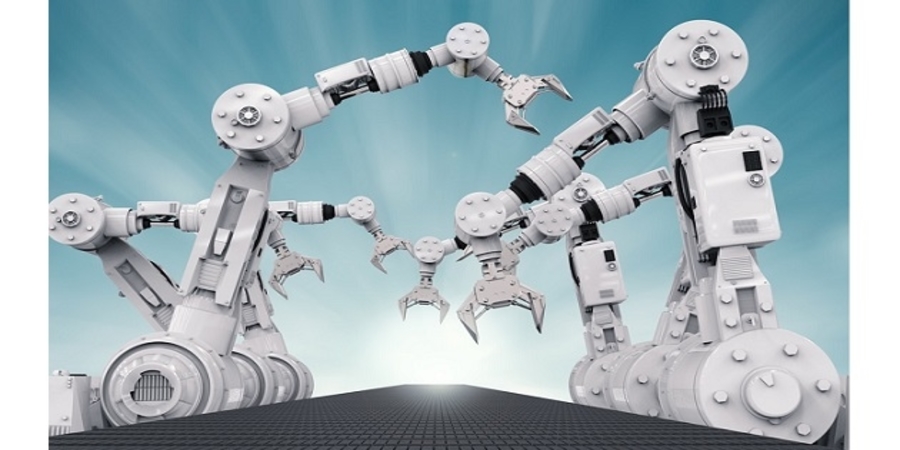 While the West tends to see robots and artificial intelligence as a threat, Japan has a more philosophical view that has led to the country’s complex relationship with machines.

In the area of industrial robotics, Japan has continuously maintained its position as the world’s top exporter of robots in terms of value of shipments and number of operating units. Japan shipped approximately 3.4 billion yen’s worth of robots in 2012, comprising nearly 50% of the global market share. The number of operating units in Japan was close to 300,000, which was about 23% of the global market share.

Japan leads the world in the field of robotics with highly competitive research, development and applied technologies. Further progress is being made in robotics so that Japan can become a creator of new values in monozukuri and services, as well as a base for creating robots that will contribute to the transformation of society.

The revolution in robotics has had a seemingly mild-mannered leader pushing forward with new technology and revolutionary innovation. This leader has acted as the industry powerhouse over the last several decades powering the advancements we see today. The leader? Japan.

The island nation drives the advancement of artificial intelligence, machine learning, and machine vision technologies which are essential to powering the new age of innovation in robotic hardware. To put this into perspective, Japanese industrial robot manufacturers delivered over 50% of robots supplied in 2017.This was a 39% increase from 2016! Japan, also, ranks second highest in the world for robot installation with 297,200 working units in japan. These advancements are building on a foundation that comprises top-known Japanese corporate names: Mitsubishi, Denso Corporation, OTC Daihen Corporation, Epson, FANUC, Kawasaki — the list goes on.

Robots are generally viewed positively in Japan. Some Western commentators attribute this to the ancient Japanese religion, Shinto, in which objects (as well as people and other natural phenomena) are believed to possess a spirit. This is not a commonly-held view in Japan, however. Manga comics and animations have had a much stronger cultural influence on interest in robotics.

Robots are often depicted as children’s’ friends in mangas, and the post 1950s generation, who grew up with these mangas, learned about friendship, courage, justice and charity through stories that included robots. Thus, Japanese people tend to have friendly feeling towards robots and I know of a number of robot researchers who began as fans of the famous ‘Astro Boy’ manga.

Faced with an aging society, Japan’s robot technology continued to diversify to robots for healthcare and other service, including robotic exoskeletons that provide workers with additional support for lifting people or heavy objects and companion robots for both the elderly and the young.

Japan’s robotics segment has a bright future as the Japanese government and businesses are betting on automation to assist the economy, contributing to a national enthusiasm for robots. Furthermore, Japan is a great example to many economies in terms of the successful implementation of technology. The Japanese robotic segment is poised to remain the best in the world in terms of innovation and sustainability. The majority of the Japanese population have ample knowledge about robotics and therefore there should not be a problem for the future generation to adapt to the robotic environment.