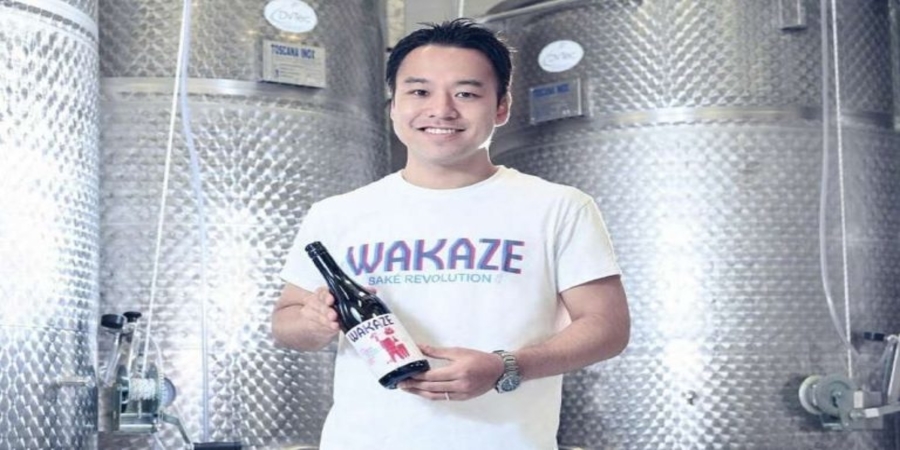 Japanese sake brewing startup Wakaze announced on Wednesday that it has secured 330 million yen (about $3 million US) in a series A round. Participating investors in this round are Jafco Group (TSE:8595), Nissay Capital, Makuake (TSE:4479), and Makoto Capital. This follows a pre-series A round in June 2019 (which we reported as a series A round at the time). For Makuake, one of Japan’s leading crowdfunding platform, this follows their second investment followed by their previous investment in Tokyo-based chocolate direct-to-consumer startup Bace earlier this year.

Wakaze aims to bring the wave of craft sake and D2C to the world of sake. Prior to founding the company back in 2016, CEO Takuma Inagawa studied at the École Centrale Paris as a French government scholarship student and then worked as a business strategy consultant at the Boston Consulting Group. In addition to developing new sake brewing recipes in Tokyo and Japan’s eastern prefecture of Yamagata, the company established a sake brewery called Kura Grand Paris in Suburban Paris back in November of 2019 to offer locally brewed Japanese sake for the French market.

Since its launch in France back in February of 2020, the sake brand had been distributed to 50 restaurants in the country but demand suddenly plummeted to almost zero due to the lockdown caused by the COVID-19 pandemic. However, sales got back to growing steadily as they could rebrand their products to fit the demand for the direct-to-consumer model rather than offering through restaurants. The company has recently partnered with Nicolas, one of the largest wine store chain with 500 locations in France and 7 countries. The funding is expected to contribute to expanding production capacity to meet the increasing demand.

Going forward, Wakaze hopes to expand its sales and marketing area beyond France to the UK and Germany, as well as to the US where the company hopes to target early adopters and the Asian population on the West Coast. The company also plans to use the funds to strengthen hiring its human resources in both France and Japan, including sake brewers, marketers, customer support representatives, and business managers.

Among the investors in the latest round, Makoto Capital is focused on investing in startups and entrepreneurs from Japan’s northerneastern region of Tohoku. Headquartered there, Wakaze met Makoto Capital at the Sendai for Startups (SFS) startup event, which led to the latest funding. Makuake (then known as CyberAgent Crowdfunding) participated in SFS in 2017, and it is believed that Wakaze’s encounter with Makuake’s CEO Ryotaro Nakayama led to the subsequent launch of the crowdfunding campaign and the latest investment.