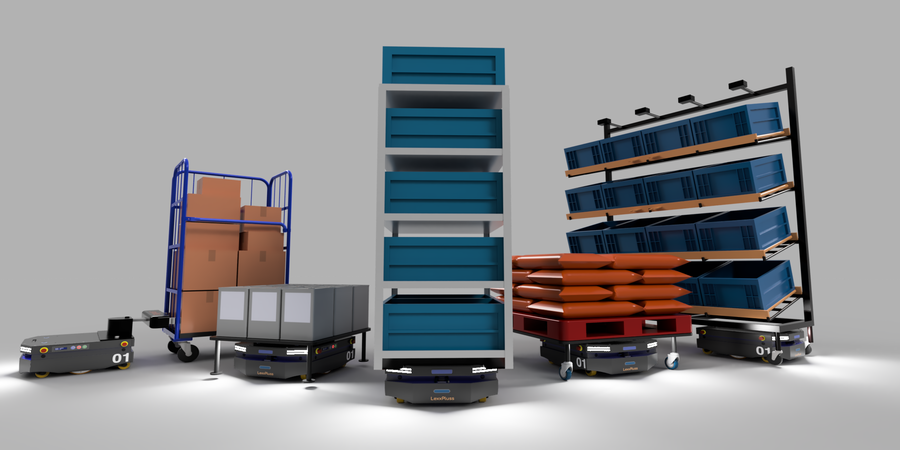 Kawasaki, Kanagawa-based LexxPluss announced on Wednesday that it has secured an undisclosed sum in a seed round from Incubate Fund, SOSV Investments, and Sumitomo Corporation. For the startup, this is the first funding from third-party investors except founders. SOSV and Sumitomo are known for jointly operating HAX Tokyo, the regional chapter of globally renowned hardware startup accelerator HAX, where LexxPlus was incubated in the program’s second batch.

LexxPluss was founded in 2020 by Masaya Aso, a former employee of German auto parts giant Bosch. In addition to LexxPluss, he serves as the president for Deep4Drive, an open mobility development community focused on automated driving and reinforcement learning.

LexxPluss is working on automated transport robots for logistics warehouses and manufacturing plants while there are many competing manufacturing automated transport robots in the world including Kiva which is often seen in Amazon’s footage films. According to Aso, about 80% of logistics warehouses in Japan have not even begun considering the use of robots because there are few robots which can collaboratively work with humans.

What is an collaborative robot for the logistic industry? For example, it is the one that brings what you want exactly where you want it. Such a highly-collaborative robot may become a key differentiator in the transport robotics industry because of giving higher safety and efficiency.

Automated transport robots manufacturers can be divided into two roles – hardware developers and software developers – while LexxPluss can deal with both of these functions. In addition, these robots can be categorized into two types – AGV (Automated Guided Vehicle) and AMR (Autonomous Mobile Robot) – while the company’s robot is a hybrid of these functions and can meet all kinds of on-site needs.

LexxPluss’s business model may be more flexible by providing both hardware and software in an integrated manner. The company aims to build a structure in which automated transport robots are provided to customers at close to the cost of manufacturing and development and then earn revenue from charges for software controlling robots and the cloud for analyzing cost-effectiveness and further efficiency. This is an interesting RaaS (robot as a service) model that does not rely solely on the leveling of implementation costs.

SOSV’s HAX, based in Shenzhen China, has been inviting budding but prominent hardware startups from all around the world. With the latest funding from investors including SOSV, LexxPluss is looking to expand its automated transport robotics business globally. In addition to HAX, SOSV operates biotech-focused accelerator IndieBio (San Francisco), Chinaccelerator (Shanghai, China), mobile-focused accelerator MOX (Taipei), and decentralizzation and blockchain technology-focused accelerator dLab.