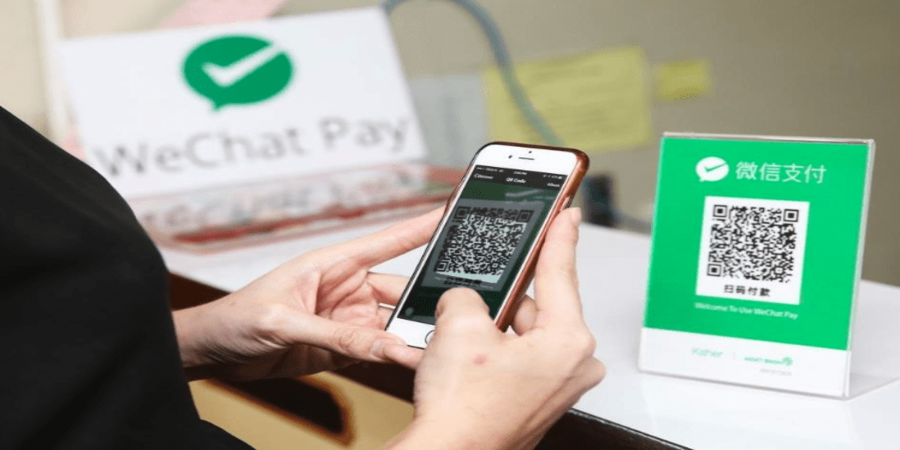 China and Japan are East Asian countries that share many similarities, but also disparities. While Japan was the first Asian economy to develop rapidly, the size of China’s gross domestic product overtook Japan’s in 2010, becoming the second-largest economy in the world after the US.

Though China and Japan share a history of rapid economic development in East Asia, their current statuses are very different. While China is developing technology and moving forward rapidly to compete with the US in the innovation that drives change, Japan is more resistant to change and prefers the status quo.

For example, China is one of the forerunners in financial technology, and many of its people use WeChat or Alipay to process payments in virtually every transaction. However, some of the restaurants and shops in Tokyo, the capital of Japan, still only accept cash and refuse other methods of payment, let alone credit cards.

What are the factors causing such difference between two of the largest economies in the world? I will cite two examples – fintech and ride-sharing service – to explain that the existence of infrastructure and vested interests is preventing Japan from making changes, while China is benefiting from a lack of these.

China has been able to become an almost completely cash-free society in a short period because the country was late to adopt the technology that enabled the transition. What I mean is that China was able to skip the credit-card phase that is predominant in advanced economies such as Japan and the US and move directly to scanning QR (quick response) codes simply because it did not have credit-card infrastructure in place.

In other words, because China did not have credit-card networks, there was no resistance from related stakeholders and vested interests, and hence it could make a leap forward to fintech services without much problem. On the other hand, Japan already has well-established credit-card companies that have invested a lot in that infrastructure and therefore have much to lose.

Although companies like Mastercard and Visa are innovating to survive in the fintech era, these companies inevitably slowed down the transition process to QR payment systems so as not to lose their revenue sources, while people in Japan are already used to using credit cards, and thus would take their time to switch to new payment methods.

Many people will find it surprising that Japan was the first country to come up with a QR code system. According to Wikipedia, “The QR code system was invented in 1994 by Masahiro Hara from the Japanese company Denso Wave. Its purpose was to track vehicles during manufacturing; it was designed to allow high-speed component scanning.”

How it is possible that a country that invented the QR system is not using it in a fintech industry, and instead letting China be the dominant user?

There are many reasons. but one of the biggest is the existence of the Suica card, a rechargeable contactless smart card that came out in 2001 and is used in transportation, vending machines and many stores.

The Suica system was developed with heavy initial investments, and many companies tagged into this ecosystem to make money. While it was innovative at the time and convenient, the Suica infrastructure has become so enormous that it is practically impossible to replace.

Therefore, even if the QR code was first developed in Japan, its usage was limited to only a few areas, such as tracking retail and manufacturing processes.

Although Japanese society has been witnessing an emergence of new payment systems using QR codes recently, China has become a dominant player in fintech via this system, while Japan has been committed to using its Suica infrastructure for the last two decades.

While the US and China have been leading the ride-sharing industry, Japan is still dominated by traditional taxis, and ride-sharing services are still illegal.

This is because of two specific laws that regulate the industry in Japan:

If Uber were introduced, then anyone could become a taxi driver, meaning that the current drivers would have an unfair burden of having to produce records free of traffic accidents and violations for 10 years. Hence Japan still does not allow Uber to be introduced because of resistance from taxi drivers.

In sum, there may be other cultural reasons Chinese prefers to move forward with changes while Japan likes to stay put. Overall, China has grown so rapidly in recent years that it is open to challenges and can keep the momentum going. On the other hand, Japan has become conservative as it has experienced a prolonged economic recession since the 1990s.

Although there may be other reasons accounting for the differences, the biggest reason Japan likes to stick to the status quo is that it is bound by well-established institutions and infrastructure that have shaped it in the past, whereas for China it is a lack of these that is accelerating innovation and change.

Apart from the two examples mentioned above, there are numerous instances that show that Japan is resistant to changes (for example, Japan still sells the highest number of music CDs in the world when everyone else in the world is streaming and downloading music from the Internet).

What does this mean for these two countries? Masayoshi Son, the founder of SoftBank Group and overseer of the nearly US$100 billion SoftBank Vision Fund, has said, “The Vision Fund invests around the world but does not in Japan. Sadly, the reality is that there is no AI unicorn, so there is no chance to invest [in Japan].”

If Japan does not change in the era of change, more and more innovation will take place outside of the country.