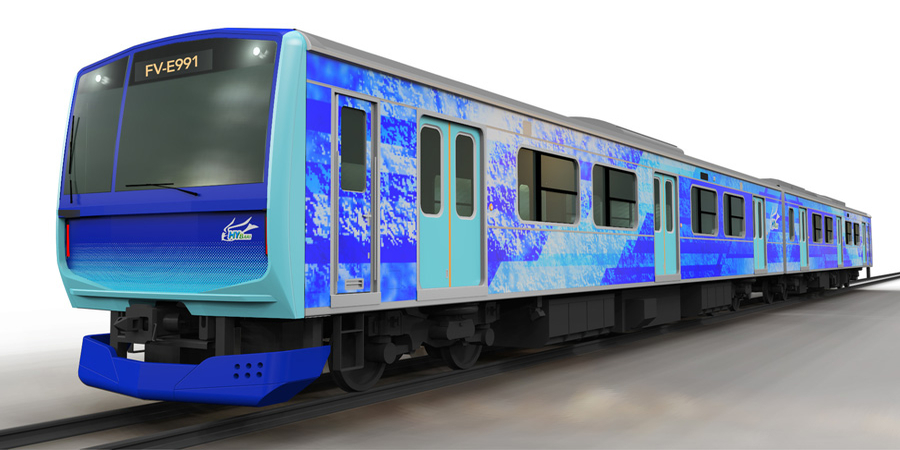 The three companies have agreed to collaborate on development of test railway vehicles equipped with hybrid systems that use hydrogen-fuel cells and storage batteries as their source of power.

Toyota, which introduced the Mirai sedan in 2014 as the world’s first hydrogen-powered, mass-produced vehicle, will develop the fuel cell power unit on the test train.

Fuel-cell vehicles are powered by electricity generation through a chemical reaction of hydrogen and oxygen and do not emit any carbon dioxide.

Hitachi, one of the world’s major makers of trains, will produce the hybrid drive system that supplies electric power to the motors from both the fuel cell device and the storage battery, controlling the movement of the wheels.

JR East will design and manufacture the train carriage, which will be nicknamed Hybari, they said.

The two-car test train is expected to run at the maximum speed of 100 kilometers per hour with a driving range of up to 140 km.

“We will aim at a commercial operation as our next step after reviewing the test,” JR East President Yuji Fukasawa said at a press conference.

The three companies plan to start testing the hydrogen-powered train, which will cost a total of 4 billion yen ($38 million), in March 2022 on the JR East Tsurumi Line and Nambu Line in the suburbs of Tokyo.