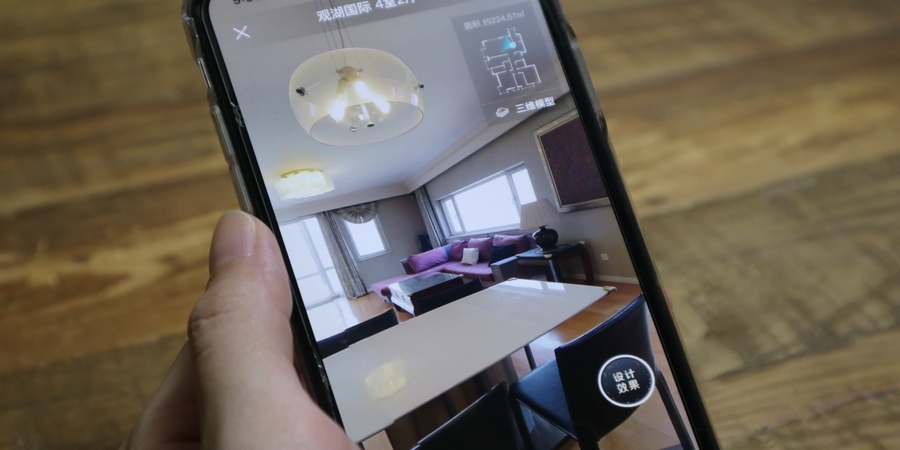 TOKYO — Funding in private companies in China from January through June was concentrated in medicine and health care, as well as “corona-tech” companies that have developed online solutions in areas such as real estate and education amid the pandemic, according to Chinese startup news site 36Kr, which is in partnership with Nikkei. Investment in artificial intelligence and semiconductors also increased due to the U.S. conflict with China in the high-tech sector.

Of the 50 companies that raised the most funding, medical companies accounted for the largest number, 10, twice as many as a year earlier. Businesses that are expected to expand in the COVID-19 crisis, such as MGI Tech, a producer of genetic analysis equipment, garnered much attention.

In terms of the amount of money raised, ranking first was the real estate portal Beike. It has experienced a surge in the number of users of its app, which lets people view properties on their phone.

While startups of face-to-face education and technologies that require clinical trials in hospitals are in a rough stretch, not a few industries have benefited from the coronavirus crisis.

Read also – At SoftBank, almost everyone thinks going private is a bad idea

“Companies providing PCR tests or other medical and health care services that directly help contain the outbreak are growing,” said Luo Fei, chairman of Green Pine Capital Partners in Shenzhen, referring to capital investment in startups during the pandemic. “Another growth potential lies in internet services. An audio distribution app from Ximalaya Network Technology Co., for example, increased the number of its listeners significantly during the months of staying home.”

Tension between the U.S. and China has also affected investment in Chinese startups. The CEO of SBI China, Zheng Zhenying, said: “Government funds are flowing into semiconductor businesses due to the U.S. sanction to cut chip supplies to China. We also are investing most of our funds that we manage for the municipal governments of Nanjing and Chengdu in semiconductor-related areas.”

Startups featuring innovative business models, such as the sharing economy, are off the list of investment targets because the pandemic has cast uncertainty over how they can make profits and pay back investors.

According to a survey by Jingdata, an affiliate of 36Kr holdings, the total raised by startups in China in the first half of the year was 420 billion yuan ($61 billion), up 30% from a year earlier. However, the increase was attributed to massive financing for the relief of unlisted regional banks. Investment in startups per se was smaller than last year. The number of financing deals fell 26% to slightly above 1,600 in the first half. The overall financing environment will likely remain tight in the second half of the year.

However, it is too hasty to conclude that China’s startup fever has peaked. A Managing Director at Legend Capital, Joon Sung Park, said: “Young people who graduated from Tsinghua or other prestigious universities are less motivated to work for a company, as successful startups come out of China almost every year. South Korea, my homeland, and Japan are no match for China when it comes to the number and enthusiasm of young people aiming to start their own businesses.”

While U.S. investment in China has been declining due to the conflict between the two nations, the inflow from sovereign wealth funds in oil-producing countries in the Middle East has been rising.