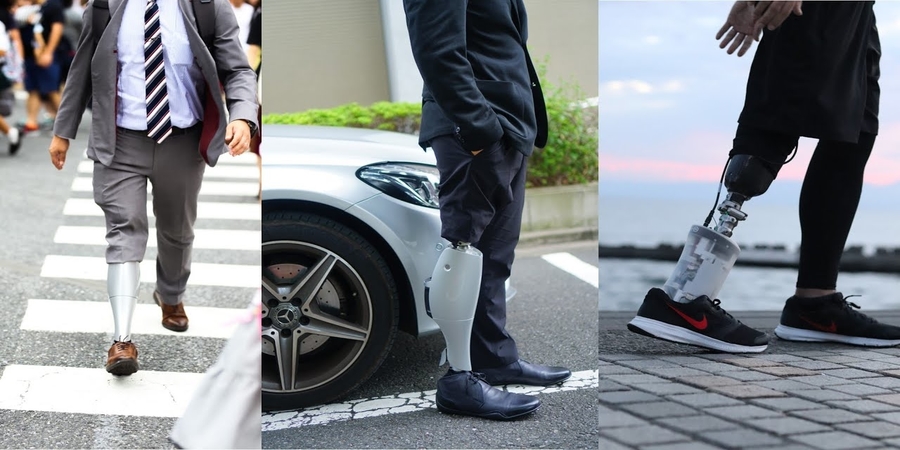 Tokyo-based BionicM, the Japanese startup developing powered prosthetic legs, announced today that it has secured 550 million yen (about $5 million US) in a Series A round.

UTEC’s investment follows the startup’s seed round last year. UTokyoIPC financially backed BionicM by selecting for the third batch of the former’s entrepreneur support program in 2018.

BionicM is developing a powered prosthetic leg that solves the challenges of traditional non-powered passive prostheses. Since the pre-foundation research stage, it has received high recognition from the public, such as winning the SXSW Interactive Innovation Award and the James Dyson Award in Japan.

BionicM will represent Japan to participate in the Advanced Technology and Engineering Challenge (A-TEC), the global startup competition to be held later this month in Shenzhen by Leaguer Group, a Chinese startup support company.

Founded by Xiaojun Sun who himself had to have his right leg amputated at the age of 9 due to osteosarcoma, BionicM began research and development in 2015 at the University of Tokyo’s Graduate School of Information Science and Technology.

Of the 10 million potential users of prosthetic legs worldwide, only about 40% actually have access to them because they are expensive or have limited functionality. The company established a corporate entity in 2018 to commercialise the product in order to bring a high-performance prosthetic leg to all those who need it at a low price.

According to BionicM, more than 99% of the global prosthetic leg market deals with passive type, and has not benefited from the technological advancements that have taken place in recent years with the proliferation of robotic technology.

BionicM is preparing for the mass production of powered prosthetic legs with a view to commercial launch in 2021, and the financing at this time is intended to strengthen the company’s structure to achieve this goal.

The company hopes to establish a B2B2C business model where powered leg modules are offered to artificial limb factories to be built into sockets for lower-limb amputees.

BionicM hopes to have its powered leg certified as a complete prosthetic component from the government by next year. Once certified, the company would generally be eligible for the government’s subsidies under the Services and Supports for Persons with Disabilities Act, but powered prosthetic legs are high-end and expensive and may not be eligible for subsidies at the time of user purchase. The company is also looking to collaborate with other companies to introduce instalment payments and leasing.

BionicM established a subsidiary in China in June where four employees have begun sales development. Due to the large population in China, the Chinese prosthetic market is larger than that of Japan. From a sales standpoint, there is a good chance that the company’s post-start-up growth will be greater in China than in Japan, Sun said.

In conjunction with the funding, BionicM also announced that Tao Cheng, founder and CEO of Japanese online ad startup popIn, has joined the company’s board of directors. Sun and Cheng are both from China and have similar backgrounds in that they were spun off from the University of Tokyo and were initially backed by UTEC. Looking up to Cheng as a predecessor who has completed an exit in Japan (popIn was acquired by Baidu in 2015), Sun said Cheng’s experience in running a software company will be of a great help of BionicM as a hardware company.