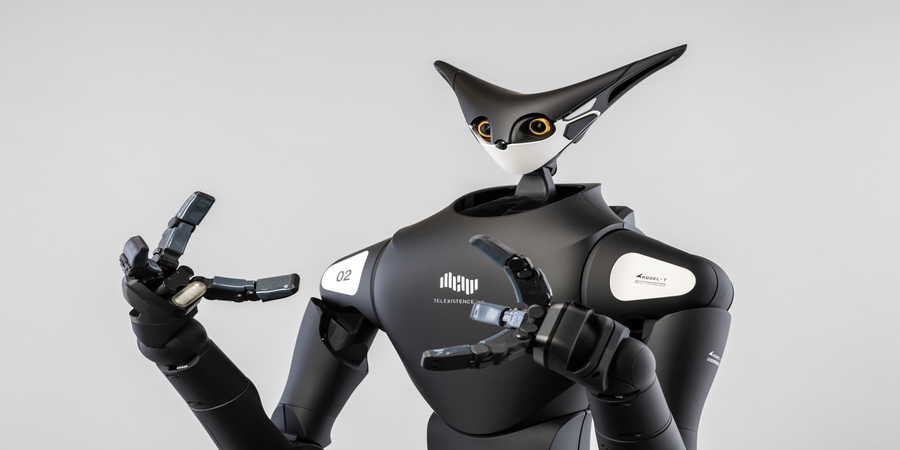 For years now the convenience store industry in Japan has been facing a labor crisis. Rapid expansion and demanding conditions have made it hard to find sufficient staff and help wanted posters have become permanent fixtures on many locations of chains such as Lawson, 7-Eleven, and Family Mart.

In response, the chains have been looking to technology for help. Lawson is currently testing self-payment systems and Family Mart has enlisted the help of Model-T.

Designed by Japanese robotics firm Telexistence, Model-T is remote controlled by a human equipped with a VR set using their “Augmented Workforce Platform.” In the following trial video, a young man pilots a Model-T in Tokyo’s Tshima Ward while he himself is sitting in the Telexistence office eight kilometers away in Minato Ward.

In this demonstration, the Model-T is stocking drinks which would normally require at least two workers on site so that one person could watch the counter. In this way, however, a single robot operator could keep the drinks stocked at several locations throughout the day while the in-house staff focus on the customers.

This project is also in-line with the Japanese government’s moonshot initiative to have most labor converted to robot avatars that can be piloted by people of all ages and physical limitations by 2050.

In the meantime, by the year 2022, Family Mart plans to have Model-Ts in up to 20 locations as the speed and accuracy of the system is improved, and from there gradually roll them out to all stores.