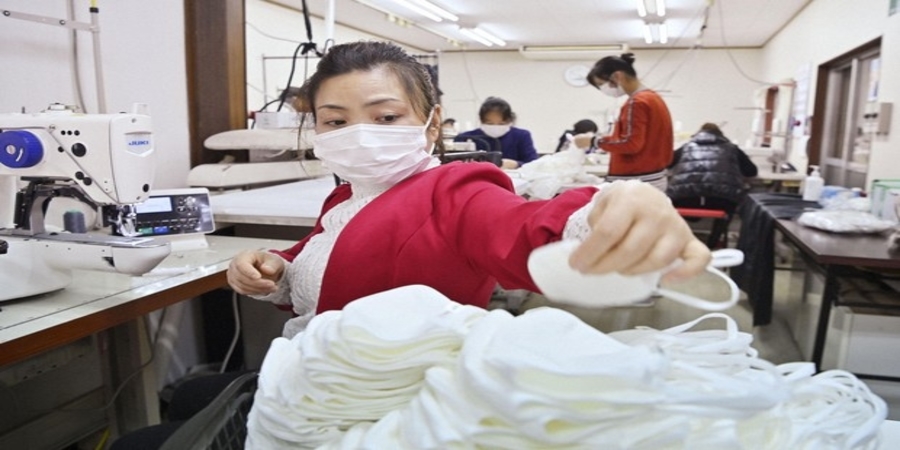 The government announced on Tuesday, that Japan will allow foreign trainees who are unable to return home during the corona virus pandemic even after their completion of technical internship programs have ended to switch jobs and stay in the country from early September.

Due to travel restrictions in place globally due to the pandemic or workers unable to afford the airfare home. The Immigration Services Agency said around 24,200 foreign trainees were helpless in Japan as of Friday and the number of such interns is expected to grow.

In April, the agency made it possible for foreign interns who lost their jobs due to the impact of the novel corona virus to find jobs in industries other than originally designated.

As per the government-sponsored program established in 1993 is intended to promote international cooperation by imparting skills and knowledge in Japanese industries to developing countries. Trainees are only allowed to work for up to five years in designated fields under the current regulations.

As part of efforts to support the virus-hit foreign trainees, the government decided in April to allow those who are stranded here to work in the same field for an additional year by granting them a visa for “designated activities.”

Understanding the critical and financial issue of individual Govt. step ahead and Now they will be able to find jobs in other industries as it is difficult for them to land new jobs in the same sectors amid the deteriorating economic conditions in Japan, according to the agency.

The agency said, From Sept 1, the Foreign Residents Support Center in Tokyo will offer a free hotline service for those who have problems because of the virus pandemic.

The telephone consultation service will be available in 14 languages, including English, Vietnamese and Chinese, and offered from 9 a.m. to 5 p.m. on weekdays at 0120-762-029. The center opened last month to give foreign nationals in Japan advice on employment, visas, laws and humanitarian issues.

Most of the foreign trainees under Japan’s technical internship program are from other Asian nations. At the end of last year, Vietnamese accounted for more than half of the total at 218,727, followed by Chinese at 82,370, Filipino at 35,874 and Indonesian at 35,404, according to the Justice Ministry.