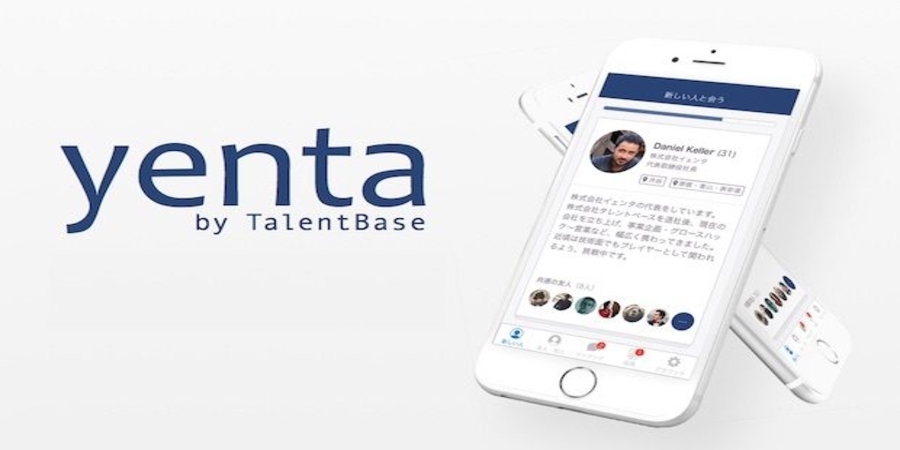 Tokyo-based Atrae has introduced a mobile app called Yenta, an AI-powered business matching app that leverages Tinder’s Swipe user interface. The company is planning to launch the app(iOS/Android) globally and has selected India as the most sensible destination for its global expansion effort.

The app helps users to make connection with business people upon widening their network through profile registration and repeated swipes on a screen. It recommends 10 persons the user may be interested in connecting with at noon daily. After choosing which persons the user wants to meet by swiping on it, the matching result with other users will be sent out later at 8pm on the same day. When both users confirm to meet (or e-meet) each other, they can start chatting via the app to make an appointment.

The current version of the app also allows Japanese users to have their English profile and they can connect with Indian users. In the past the app has helped users to build significant business relationships such as Japanese factoring startup Olta’s CEO found his CSO as co-founder from this app .Also an another Japanese satellite antenna-sharing startup Infostellar found his seed investor through this app.

The Company has not disclosed the size of its user base but it is estimated about hundreds of thousand of users in Japan. The company revealed that it has connected users each other over 3 million times to date.

To promote the India expansion, Atrae announced that it is hosting a data analysis competition in partnership with Tokyo-based DataGateway which boasts a local community of more than 20,000 data scientists in India.

Based on the Open Innovation approach, the competition is aimed to encourage them to invent a new algorithm to create better matchmaking experience in the app. The competition winner can get US $10,000 prize money.

Business matching app , New York/Paris-based Shapr, launched by a French entrepreneur, has secured US$16.5 million through a total of four rounds with over 2.5 million users as of May 2019.

In 2018, Tinder’s founders launched an app called Ripple with the back of the dating app’s parent company Match Group, but it is believed to be already in the deadpool given various situation.