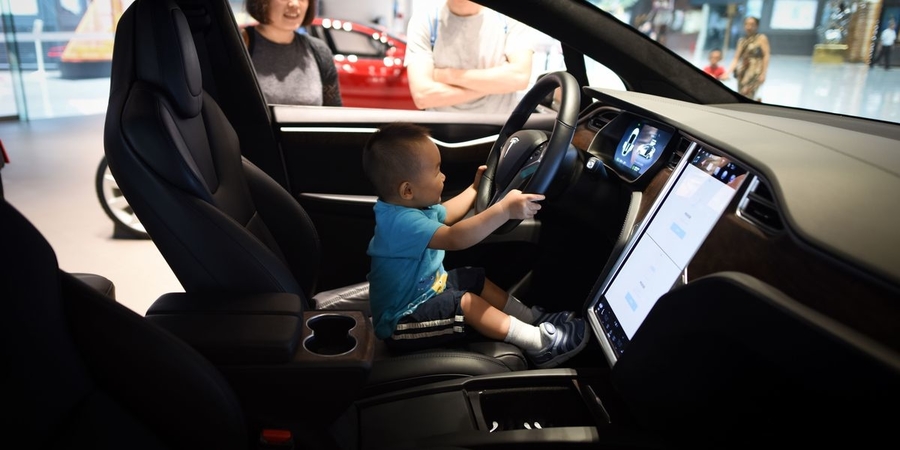 To help and prevent children from being left behind in hot cars and boost theft-prevention systems, Tesla Inc has asked the Federal Communications Commission (FCC) for approval to market a short-range interactive motion-sensing device that could short the issue for children or person safety left inside the car.

The California automaker wants permission to use unlicensed millimeter-wave sensors that would operate at higher power levels than allowed under existing rules.

Read Also – Over a year Bitcoin hits its highest in 2020

The mechanism of this tech will as follows, Tesla’s device would utilize four transmit and three receive antennas driven by a radar front-end unit. Tesla says millimeter wave radar technology has advantages over other sensing systems like camera-based or in-seat occupant detection systems.

The radar-based system “provides depth perception and can ‘see’ through soft materials, such as a blanket covering a child in a child restraint.”

Tesla added it on this statement “can differentiate between a child and an object left on the seat, reducing the likelihood of false alarms” and can detect “micromovements like breathing patterns and heart rates, neither of which can be captured by cameras or in-seat sensors alone.”

Radar imaging, Tesla adds, can assess body size to optimize airbag deployment in a crash depending on whether an adult or child is seated, which it says would be more effective than existing weight-based, in-seat sensor systems.

Valeo North America submitted a request in March to the FCC for its in-vehicle safety-related monitoring device that would also detect children in cars. The request is pending so long .

As per the report of the National Highway Traffic Safety Administration says more than 50 children died when left behind in hot cars in both 2019 and 2018. Of those incidents, 54% occurred because someone forgot a child.