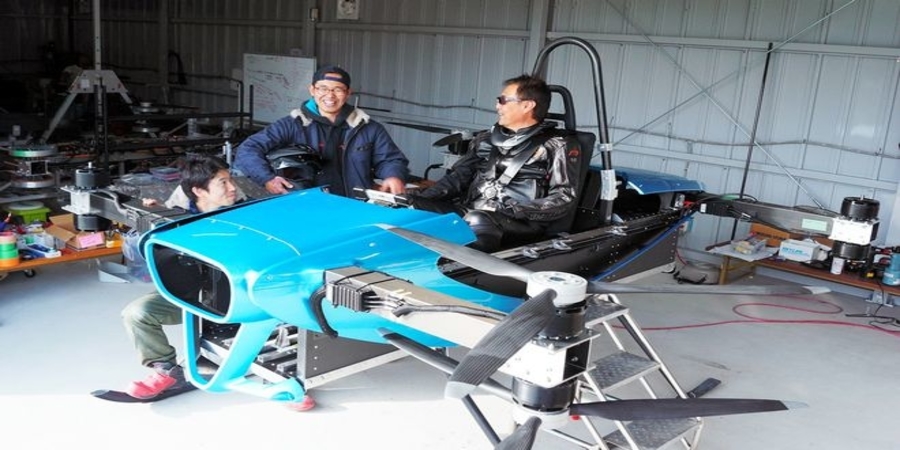 SkyDrive Inc. is a company with such passions to work on flying cars.Tha company started with engineers in the fields of aircraft, drone, and automobile. It was founded in 2012 mainly by members of the voluntary group, “CARTIVATOR” .

The Automobile industry has gone through several developments over the past years and today we have vehicles with features that were unimaginable for decades. However, there are still a few features that consumers would like to see in cars, but that wasn’t fully possible yet. One of these characteristics is that the car can fly and thus avoid the annoying traffic queues, for example.

flying cars have always been a dream for us that haven’t come true … yet! but finally Japanese startup SkyDrive Inc. has announced that it intends to launch flying cars as early as 2023.

In June we reported that the Israeli company Urban Aeronautics had already developed a futuristic air taxi that can carry up to 6 passengers.

SkyDrive Flying has two seats, which means it can accommodate two people and in terms of dimensions it replaces two normal cars. A prototype of the company’s battery-powered aircraft ran some tests back in December 2019 and managed to fly over the city of Tokyo.

The car is named SD-XX and can currently only fly a few tens of kilometers and reach a max speed of 100 kmph. Although the vehicle is almost completely autonomous, but car still needs a driver for the most urgent action.

According to Rajeev Lalwani, an air traffic analyst in an interview with the Japan Times, this vehicle could “An economical and efficient alternative for short- and medium-haul travel that will ultimately take over the automotive and airline market“.

SkyDrive Inc. CEO Tomohiro Fukuzuma, says the cars can travel any distance within the city of Tokyo in a maximum of 10 minutes.If everything goes well, the company believes flying car could become popular as early as 2050.

The company is getting financial support from the Japanese government for vehicle development. Japanese Government wants to invest more in such type of projects in large urban center , so that crazy traffic in cities can be reduced.

In addition, these flying cars are also seen as essential aid in victim rescue situations, such as natural disasters.

SkyDrive planning to bring these flying cars in the market as early as 2023. And it is expected that the product will only be of interest to some consumers in the first phase.The company also plans to invest in an air taxi system in Tokyo or Osaka that will mostly fly over the sea.

We’re considering launching Osaka Bay service with tours between locations like Universal Studios, the Municipal Aquarium, and integrated resorts. The tour takes three to five minutes compared to 20 minutes with ground transportation and is more fun.