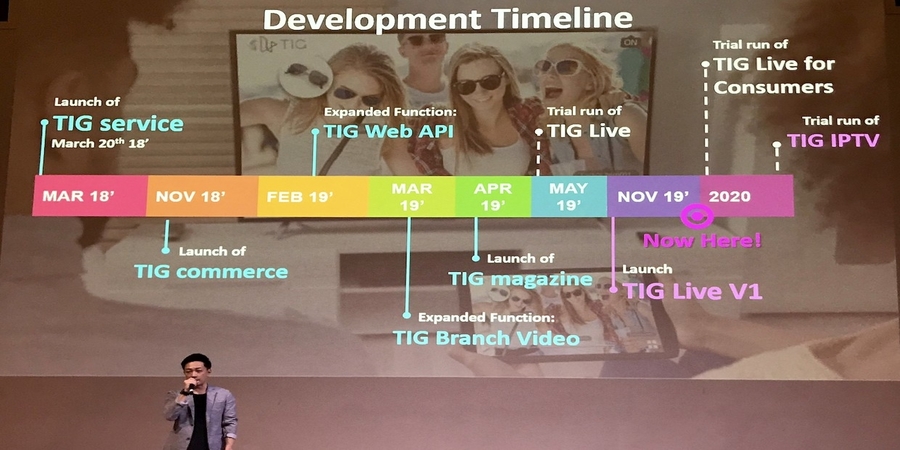 On Monday, The Japanese startup behind the TIG interactive video technology Tokyo-based Paronym, announced that it has raised an undisclosed sum from Intouch Holdings, the parent company of Thailand’s biggest telecom operator AIS .

As per the reports : Since last year, Paronym has been raising a series B round and has so far secured approximately 230 million yen (about $2.1 million) from Japan Post Capital and NTT Docomo Ventures. The company says it has closed the latest round with the funding from Intouch Holdings. This total round brought the startup’s funding sum up to date to 690 million yen ($6.4 million).

Paronym has developed the TIG interactive video solution that allows viewers to obtain necessary information by tapping an item in a video clip that Founded back in 2016. Use cases include e-commerce sites selling interiors and fashion outfits, recipe sites (linking to foods and ingredients in the recipe), and online travel guides (linking to travel destinations). The platform offers tracking editing tool that allows content owners to associate objects in a clip with link destinations in addition to heat map tool showing them which part of the clip their viewers are tapping.

For each of six different verticals including movies splitting off into multiple case scenarios, magazines, digital signage, commerce, learning and live (performance) the company offers a different line-up . Due to its high interactivity, they claim that the platform can help e-commerce sites gain their conversion rate twice that of Instagram, three times that of YouTube.

A joint project by the Japanese Embassy in Bangkok and Thailand’s largest conglomerate CP Group with an aim to encourage business partnerships between the two countries and for this in December, Paronym was qualified and invited to present at the second batch of Rock Thailand, where Paronym CEO Michio Kobayashi explained his company has been seeking business alliances, series B funding, and potential sales partners in Thailand. So the latest funding means his efforts have paid off. Palonym plans to hold a joint press briefing with Intouch Holdings, and detailed plans are expected to be revealed at that time.