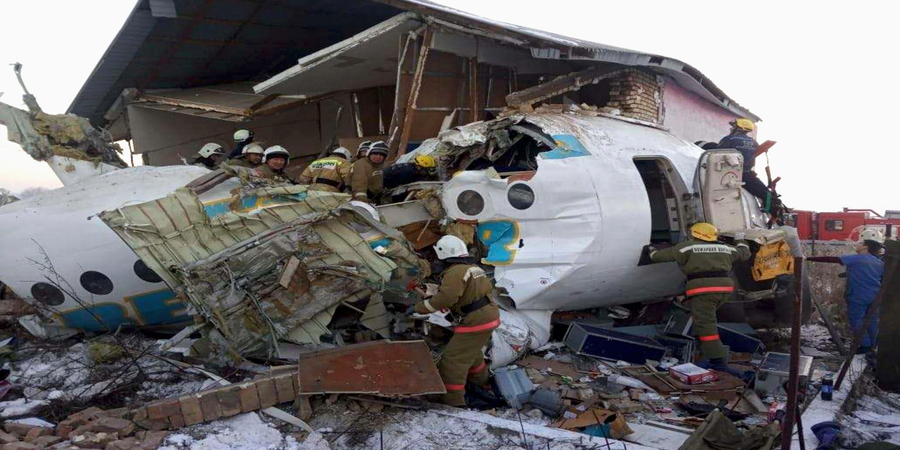 An Air India Express plane crashed in the South Indian state of Kerala after skidding off the runwayand breaking into twowhile landing at Kozhikode Calicut International Airport.

The aircraft, with 190 people on board, was attempting to land in bad weather when it shot the runway around 7.40 pm and split into two after nosediving into a valley 35 feet below.

At least 17 people died in the crash, including both pilots, and 46 people are seriously injured, according to CV Anand, Central Industrial Security Force’s Inspector General.

Rescue operations are underway at the site. Several injured passengers have been rushed to nearby medical facilities.

The director general of India’s National Disaster Response Force, S N Pradhan, said Calicut airport had a “table-top runway” and that the aircraft fell into “a ditch” after skidding across it.

He said the impact with the bottom of the ditch caused the fuselage to break in two, and that the front half was “very badly mangled and damaged”.

Mr Puri told broadcaster DD News that first responders were able to rescue the passengers because the plane did not catch fire. Several people had to be cut free.

Deeply distressed to hear about the tragic plane crash of Air India Express flight at Kozhikode, Kerala. Spoke to @KeralaGovernor Shri Arif Mohammed Khan and inquired about the situation. Thoughts and prayers with affected passengers, crew members and their families.

Pained by the plane accident in Kozhikode. My thoughts are with those who lost their loved ones. May the injured recover at the earliest. Spoke to Kerala CM @vijayanpinarayi Ji regarding the situation. Authorities are at the spot, providing all assistance to the affected.