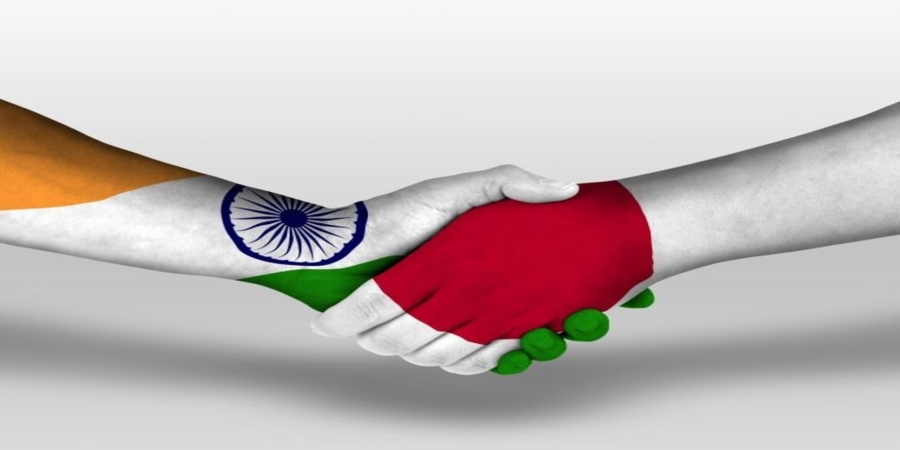 Japan is the 3rd largest economy in the world and has thousands of start up companies with good technologies. Combining with Indian manufacturing, those technologies can contribute to the foundation of a new uptick in Indian and Japanese growth.

Due to the covid-19 pandemic , Japan’s Prime Minister Shinzo Abe announced a new program to shift factories of Japanese supply chains away from China to Japan and other countries caught the imagination of the investment community.

The worries about risks related to over-concentration in China within the Covid era are understandable. Yet, the fine print showed that 91% of the cash subsidy is to shift Japanese factories back to Japan, with only 9% or $200 million being available to induce factories to be located in partner countries.

Shigenobu Nagamori a self-made billionaires and founding father of Japanese precision motor maker Nidec, said that Japan is an earthquake-prone island and thus not ideal for concentration of manufacturing facilities, especially given its declining population.

Nidec has invested in India, but within the past decade many Japanese companies have preferred to locate in Vietnam, Cambodia, Philippines, and Thailand, that are much smaller economies than India’s.

Japan and India have much in common, with even schoolchildren being able to describe Buddhism links from the 6th century onwards, the heroics of Netaji Subhas Chandra Bose whose Indian National Army was among the very few allies in Asia that Japan had in the World War against European colonial powers, later led by the US.

Even today, loans given by Japan for the Delhi Metro, Bullet Train, and other projects are among the lowest interest than any other country. Japan’s and India’s Prime Ministers meet annually and share much warm geniality.

India’s success in recent years in attracting foreign investors can be attributed primarily to the strong macro-economic scenario and the progressive liberalisation of the FDI regime.

Japan, however, has been slow to take advantage and its share in total FDI coming in to India has not matched the potential. This paper attempts to analyse the reasons for this “chronic hesitation” among Japanese investors with regard to India.

Though Japan had been one of the top five investors in India for long, its share in India’s total foreign direct investment inflows has been dwindling since 2000. In this context, the article attempts to analyse trends in Japanese investments in India.

As the paper points out, constraints like poor infrastructure, labour laws and administrative red-tape are common to all foreign investors. The deterrent effect of these factors has been compounded by the fact that Japanese companies have been slow to recognise changes in the Indian economy.

The paper recommends a speedy conclusion of the Indo-Japan Comprehensive Economic Partnership Agreement as well as the setting up of an information dissemination mechanism to update Japanese investors on investment regulations and developments in the Indian economy regularly.

When it comes to foreign direct investment (FDI), apart from the automobile industry that Japan dominates and a few others like the electronic camera, there is little by way of Japanese leadership.

It is also important to remember that Japan has thousands of mid-size companies with good technologies but that are currently not being marketed well worldwide. Combining with Indian manufacturing, those technologies can contribute to the foundation of a new uptick in Indian and Japanese growth.

Japan is the 3rd-largest investor in India and looks to invest in long-term projects, the commercial real estate space is one that is conducive to Japanese expertise,” said Arshdeep Sethi, Managing Director, Executive Board, RMZ Corp.

The firm recently partnered with Japanese leading global real estate developer, Mitsui Fudosan to develop commercial project worth around a $1billion in India.

Other factors include quality of life for expatriate managers and their families, access to quality healthcare, professional and blue-collar worker competencies, quality of local partners and co-financing, cultural affinity, personal relationships, spirit of entrepreneurship, dynamism and flexibility.

In the case of NIDEC, unlike many Japanese companies with diffuse leadership, Shigenobu Nagamori took direct responsibility in the decision-making, and personally interacted with key Indians and thereby built his own comfort level, confidence and led a team to build a winning plan to invest in India to the tune of $100 million.

He received encouragement and support from Japan’s government officials who broadly follow the lead of PM Abe in supporting investment to India. There are not too many similar dynamic leaders and examples, however.

All of the above point to the need for integrated multi-systemic major reforms, not merely one-off announcements that are applauded by the media elite and twitterati. That will require extraordinary leadership, akin to what India put together in 1991 to create a tectonic shift essential for an upward economic pathway for teeming millions of young aspirational Indians hungry for change.