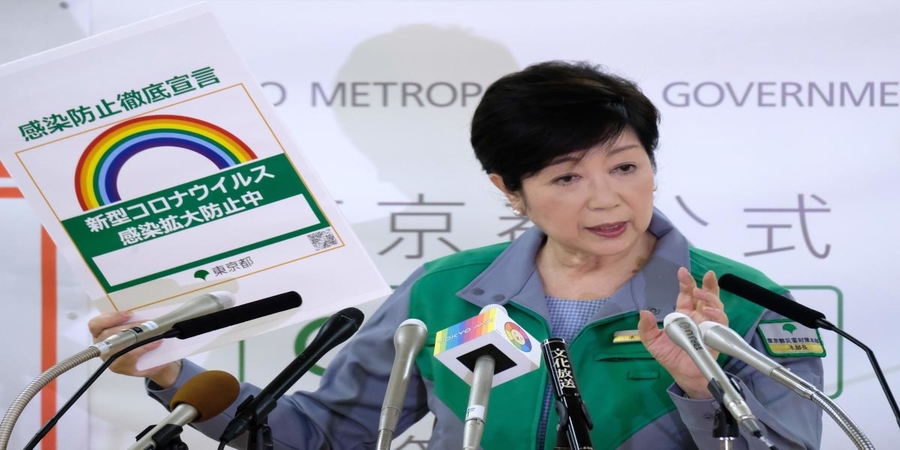 On Wednesday Tokyo’s governor requested resident of capital to stay at home during the upcoming four day holiday weekend starting from Thursday, as the number of new local virus cases surged day by day. As from last two week the city is on its highest corona virus alert level, with experts warning infections appear to be spreading rapidly and widely.

With infection disease experts Tokyo Governor Yuriko Koike said in a meeting, “The infections are spreading not only among young people but also among middle-aged and older people”.

She said ahead of the holiday weekend. “I’d like to ask (Tokyo residents) to refrain from going out as much as possible, especially elderly people and those with pre-existing conditions.”

Tokyo reported 238 cases on Wednesday. The figure has stayed above 200 in recent days.

Koike also said the city was seeing infections at restaurants and theaters,its not just nightlife areas as in previous weeks. Clusters have also been reported at workplaces and schools.

Since the disease was first detected in the country, Japan has had just over 26,300 cases and close to 1,000 deaths.

Although, The figure is low as compared with countries worst hit by the pandemic, but Japanese experts said the number of patients in serious condition was gradually increasing and warned medical workers were exhausted by growing workloads and demoralized by low pay.

Moreover Prime Minister Shinzo Abe lifted a nationwide state of emergency in late May and appears to have little appetite to reintroduce it, with the economy suffering its first recession since 2015.

With Friday the day that the now-postponed Tokyo 2020 Olympics would have opened, Japan begins a four-day holiday from Thursday.