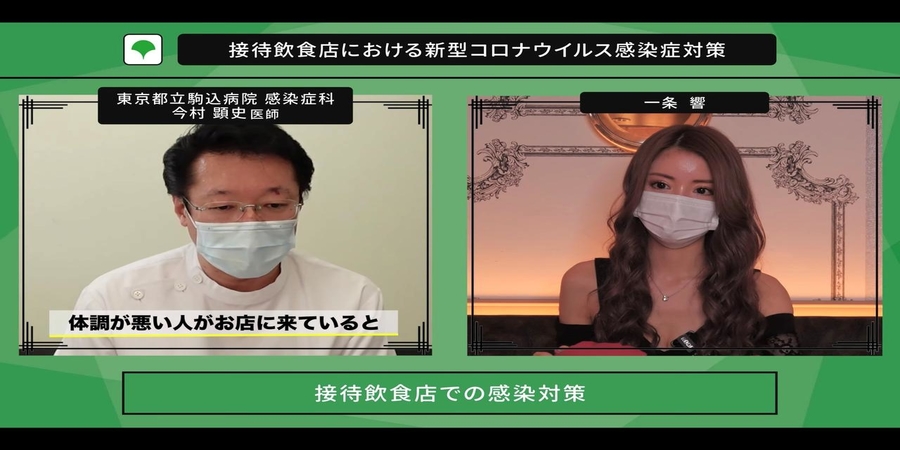 As alarming sign in infection in Tokyo’s nightlife districts ,the metropolitan government has released educational videos in the form of a Q&A between nightclub hosts, a hostess and a doctor, hoping to stem the spread of the outbreak. The videos contains several question answer in the below mentions way.

“What kind of symptoms can a young COVID-19 patient expect?”

“How often should we sanitise our hands?”

Since the government lifted a state of emergency in late May , Those are some of the questions posed in the three videos that feature young workers from nightclubs in the city’s red-light districts where infections have crept up.

In the beginning of the video starting 7-8 minutes, a nightclub host Shota Taira asks the doctor general questions such as whether an asymptomatic person who has tested positive could infect others.

Taira then appears to toss a heart-shaped pillow virtually to a hostess in the next video, passing the Q&A baton.

Her questions center on prevention measures, while the final questioner, another host, focuses on what to do if infected.

The doctor recommends temperature checks at the nightclub entrance, safe distancing between seats, and cautions against drinking directly out of the same bottle or having customers served by different hostesses.

Many host clubs, where young men entertain women customers over drinks, and also at the female equivalent hostess or “cabaret” clubs this kind of activity Recently outbreaks in Tokyo have occurred in the Kabukicho and Ikebukuro red-light districts.

Tokyo has seen new daily infections top 200 in four of the last six days, small compared with outbreaks in some other countries but hovering at record levels for the city. The majority of those infected are in their 20s and 30s with light or no symptoms, making it difficult to trace the virus.

Tokyo has targeted red-light districts for aggressive testing and has requested nightclubs to follow safety guidelines.

Nightclubs could be suspended if they do not coordinate as warned by Japanese Economy Minister Yasutoshi Nishimura.