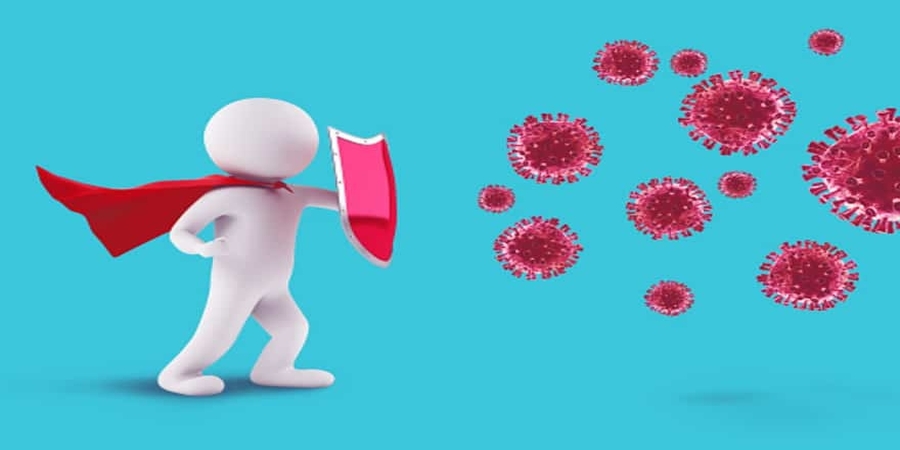 As everyone is now concern about individual immune and how to make it more stronger even entire health industry is working for the same to give best way to keep our immune system more healthy and more stronger . In the same context scientists are also doing researches .

As there is a big question among scientists that either the presence and absence of the antibodies to the novel corona can reliably determine the immunity, some are still looking to a different component of the immune system know as T cells against their role in protecting people in the corona virus fight.

Recent studies show that some recovered patients who tested negative for COVID19 antibodies did develop T cells in response to their COVID-19 infection. While the studies are small and have yet to be reviewed by outside experts, some scientists now say that people who experience a mild illness, or no symptoms at all, from the new coronavirus, may be eliminating the infection through this T cell response.

The findings needs and add to the evidence that an effective COVID-19 vaccine will need to prompt T cells to work in addition to producing antibodies, and may have implications for several treatments in development. They may also shed light on how immunity to new exposure to infection could work.

Dr Alessandro Sette, professor and member of the La Jolla Institute’s Infectious Disease and Vaccine Center in California, told Reuters.”There is mounting evidence that people exposed to the virus have a transient (short-lived) antibody response, or have a T cell response in spite of a minor or absent antibody response”.

When a virus gets past the body’s initial defenses – which include infection-fighting white blood cells – a more specific”adaptive” response kicks in, triggering production of cells that target the invader. These include antibodies that can recognize a virus and lock onto it, preventing its entry into a person’s cells, as well as T cells that can kill both invaders and the cells they have infected.

T cells have a more important role in offering protection against the illness as its been six months into a global corona virus pandemic that has infected more than 12 million people, questions remain about whether the antibody response to this virus is robust and lasts over time.

As per report by Reuters, John Wherry, director of the University of Pennsylvania’s Institute for Immunology told “T cells are often important in controlling viral infections”. We are seeing evidence of that.

As per the recent study by French and not yet reviewed by an experts, found that six families out if eight family members in a close contact with relatives who had corona virus developed a T cell response but did not tested positive for antibodies .

A study among 200 people in Sweden found a strong T cell response in the most individuals who had mild illness or no symptoms of corona virus infection, regardless of whether they showed an antibody response.The finding suggests that coronavirus infection rates may be higher than what has been studied using antibody tests alone, the researchers said.

The focus on T cell responses could also shed light on the prospect for longer-term immunity.

There is some evidence that T cells developed after exposure to other coronaviruses that cause the common cold could help fight off the new virus, known as SARS-CoV-2.

A study led by the La Jolla Institute detected T cells that reacted to SARS-CoV-2 in about half of stored blood samples collected between 2015 and 2018, suggesting that the immune system cells developed after previous infection with circulating common cold coronaviruses, and that they might help protect against the new virus.

Wherry said,”It is a potentially encouraging piece of evidence”.

Vaccine candidates against COVID-19 currently in the works aim to generate antibody and T cell responses, and the recent findings highlight the importance of gauging the T cell response seen in human clinical trials.

“We believe that the optimal vaccine design would be one that induces both an antibody and T cell response,” Sette said.

After an infection or vaccination, the immune system retains a number of “memory” cells that are already primed to quickly attack the same virus in case of a future infection.

Many countries are using blood tests that look for antibodies to estimate how many people have been infected with the new virus even if they never showed symptoms. But scientists still do not know how antibody levels correlate to exposure to the virus or how long they may last. There are also questions about exactly which combination of immune-system cells will result in significant protection.

Measuring the level of memory T cells is much more complicated, especially if the cells are in lymph nodes or other hard-to-access areas of the body. In addition, T-cell responses are highly variable.

Dr Daniela Weiskopf said , an assistant professor at the La Jolla Institute.”It is a lot easier to collect antibody data”.