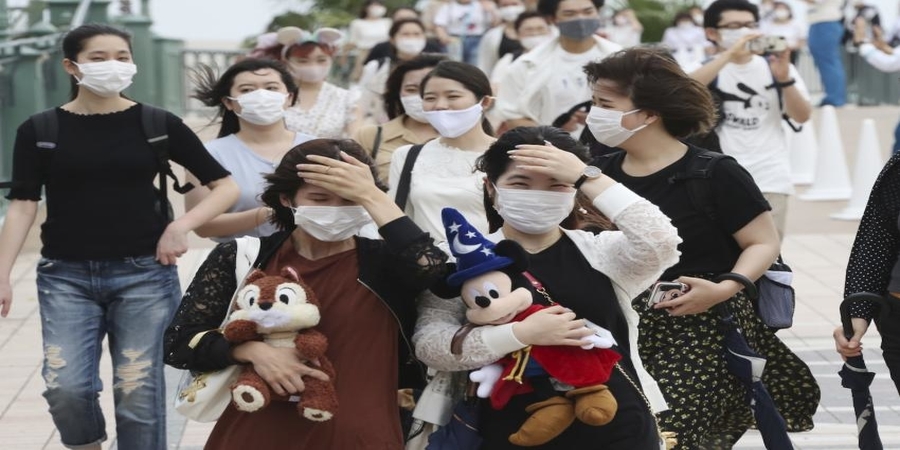 As pandemic is in its peak and use of wearing mask is essential and mandate things to avoid virus and its been more than 4 months we all are doing so but as everything is having its pros and cons so according to several clinics and hospital in Tokyo, on a daily basis an increasing number of patients have been complaining of inflamed skin and other skin issue if sensitivity to mask such as cuts behind the ears due to mask’s elastic band.

As summer comes and face mask becomes and essential part of life during the COVID19 , many people are confronting an uncomfortable fact of long time use can give rise to skin trouble and due to summer the problem get worse.

The head of a dermatology and plastic surgery clinic in Tokyo “Kotaro Yoshitake” said ,”As the humidity and temperature rise, the skin’s condition inside the mask getting poor. It gets damaged because of the friction between the mask and the skin”.

In the month of June, Kotaro clinic recorded its highest-ever number of patients, heavy boosted due to mask related skin problems with such complaints the number is three times of previous month and compared to same month.

He said.”One of the worst cases was when the back of one of my patient’s ears was cut on the top and bottom because of the friction of elastic bands on the mask.

Like other countries and regions, Japan has not mandated the wearing and use of masks in public as mandate,but there is a strong social pressure and awareness to do so,and one who fail to do so them complaining of harassment under the Twitter hastag#maskpolice.

As per the condition of pandemic it means wearing a mask has become a part of daily life for most people as social interactions increase again following the government’s lifting in late May of its state of emergency and scaling back of stay-at-home and business suspension requests over the pandemic.

Yoshitake said.”If people have skin problems and care what other people think of them not wearing a mask, using hand-made cloth masks are an alternative. They are gentle on your skin and have the same infection prevention rate as the non-woven masks sold at pharmacies.