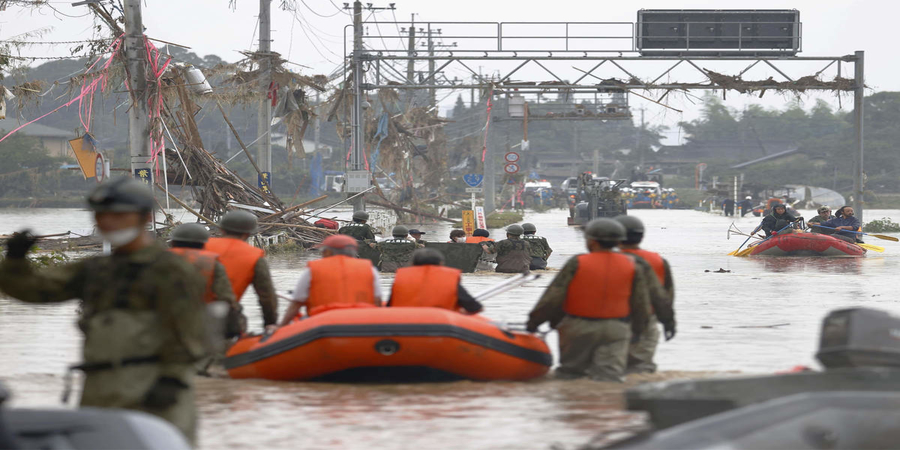 As local authority said on Sunday: after torrential rain in Japan triggered massive floods and mudslides,About 34 people are either confirmed or feared dead including 14 at a nursing home.

The regional government confirmed 18 people had died, while another 16 were declared in a state of “cardio-respiratory arrest” a term often used in Japan before a doctor officially certifies death.

Rescuers were searching for 14 others still missing after floods hit the Kumamoto region on the southwestern island of Kyushu.

Emergency services rescued 50 people from the facility.14 of those feared dead were at a nursing home inundated when local rivers broke their banks.

A  private TV network JNN told : “Tables and sofas were floating around and you could not move,” an official, who helped lead rescue efforts at the home where his wheelchair-bound elderly mother was among the victims.

Japan almost always suffers from flooding during its rainy season but rescue and evacuation efforts this year have been further complicated by the coronavirus outbreak.