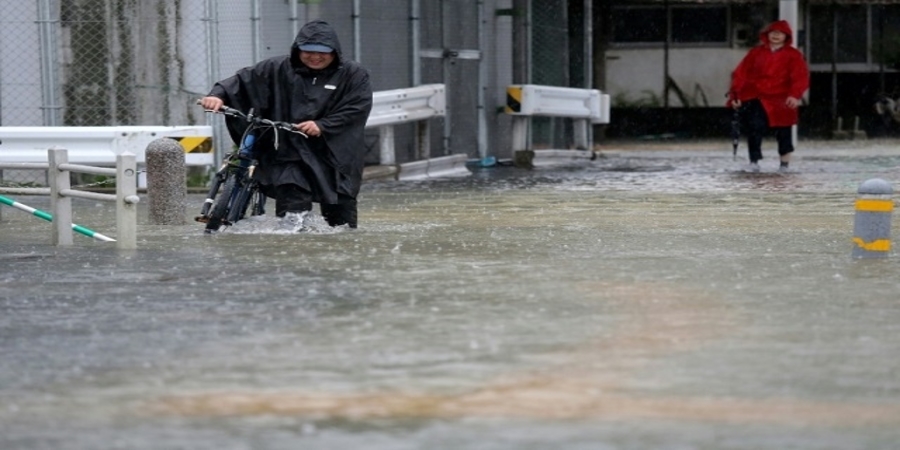 Kumamoto and Kagoshima on Kyushu island is in highest emergency level of heavy rain warnings as per the instruction of The nation’s weather agency .

Several bridges were washed away and many rivers are flooding to its peak and other effects we can watch over Television footage where vehicles swamped at car parks .

Around 76,000 people were ordered on Saturday to evacuate in southwestern Japan for the rescue as heavy rain triggered floods and landslides very dangerously and also 13 missing case according to the local media and sources .

Nippon Hoso Kyokai (Japan Broadcasting Corporation) said rescuers were searching for those around three people in Kumamoto whose houses were effected and landslide buried .

As per the source new from Kyodo News 75,000 residents in Kumamoto and Kagoshima were ordered to evacuate their homes, with nearly 100 people reportedly stranded.

Help by troops to join rescue operation were asked by local authorities ,as said by NHK.

Suspension of few train services including shinkansen operation have been done .

Japan is currently in its rainy season, which often causes floods and landslides and prompts local authorities to issue evacuation orders.

So far there is no report and observation reported of casualties or any other injuries .