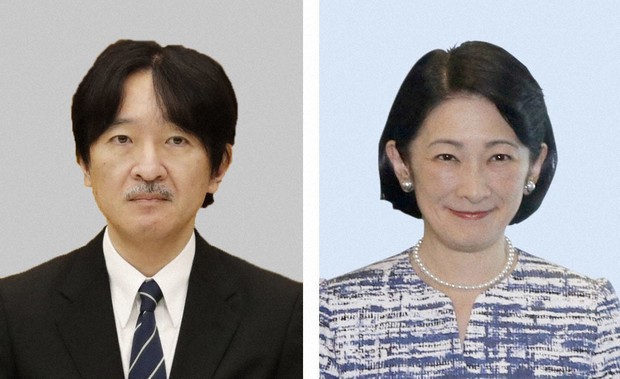 TOKYO : The 54-year-old crown prince was initially scheduled to take part in a ceremony on April 19 to proclaim his new status as first in line to the Chrysanthemum Throne, but the event, a key part of imperial succession ceremonies, was postponed to prevent the spread of coronavirus infections.

The crown prince and his 53-year-old wife have been receiving online lectures on the coronavirus and last month donated 500 medical gowns they made from plastic bags with their children and officials of the Imperial Household Agency for use by health care workers.

While no celebratory events are being held for their wedding anniversary, a close aide of the two, who first met at university, said they are “very compatible” and appear to “always think about each other.”

“They are worried about how infections have continued to spread and severely hit various sectors,” the aide said.

The couple married on June 29, 1990, after meeting at Gakushuin University in Tokyo, and have three children — Princess Mako born in 1991, Princess Kako in 1994, and Prince Hisahito in 2006.

In 2017, Princess Mako, 28, and her university boyfriend Kei Komuro, 28, announced their intention to get engaged and said their wedding would take place on Nov 4, 2018, but their plans to tie the knot were put on hold following reports that Komuro’s mother was involved in a dispute over money.

Princess Kako, 25, graduated from International Christian University in Tokyo in March last year and has since been engaged in public duties as an adult member of the imperial family, which has been shrinking as female members have been leaving it upon their marriage with commoners and losing their imperial status.

Prince Hisahito, 13, who has risen to second in line to the throne after his father, is now in his second year at Ochanomizu University Junior High School in Tokyo.

He is the sole heir of his generation in the imperial family as the Imperial House Law limits the succession to men. Emperor Naruhito, his 60-year-old uncle, only has a daughter — Princess Aiko, 18.

Fumihito became first in line to the throne when Emperor Naruhito ascended the throne in May last year following the abdication of their father, former Emperor Akihito, 86. Prior to the coronavirus pandemic, the crown prince took part in a slew of ceremonies and events accompanying the imperial succession.

But following the postponement of the “Rikkoshi no rei” ceremonies for proclaiming him to be crown prince in mid-April, the couple have refrained from going outside and spent most of their days at their residence.

The crown prince serves as president of social welfare organization Saiseikai Imperial Gift Foundation Inc and donated the medical gowns to it for distribution to hospitals it runs across the country.

The couple has frequently received reports on the spread of the virus from senior officials of the organization, with the crown prince sending a message to encourage health care workers through the group.

The couple and their two daughters have also received lectures from medical experts as well as members of business and farming organizations about the impact of the pandemic.