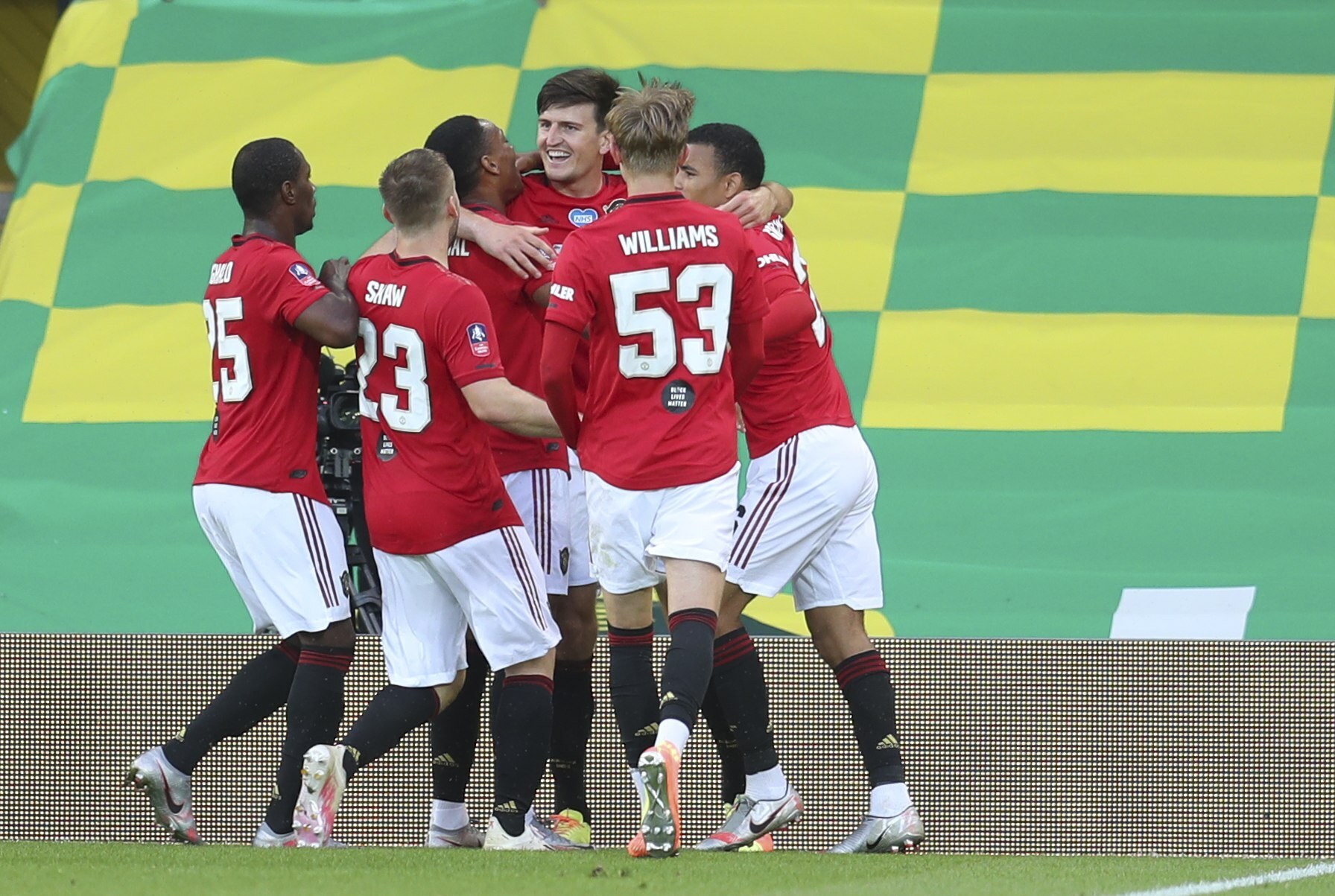 LONDON : Wolverhampton Wanderers stayed on course for next season’s Champions League by beating Aston Villa 1-0, while Manchester United scraped past 10-man Norwich 2-1 in extra time to reach the FA Cup semifinals on Saturday.

United coach Ole Gunnar Solskjær left several key players out for the trip and his side was poor until the 51st, when striker Odion Ighalo reacted well to flick in a high ball with his boot.

Todd Cantwell was Norwich’s biggest threat and equalized in the 75th with a shot from just outside the penalty area which eluded goalkeeper Sergio Romero and swerved into the bottom corner.

Klose’s sending off for dragging Ighalo by the waist just outside the box handed United the initiative, but the inspired Krul kept Norwich in it until Maguire poached the winner.

United has won the competition 12 times — within one of Arsenal’s record — and last won it in 2016.

Norwich caused problems in the first half and Lukas Rupp had a shot blocked following fine work down the left from Cantwell.

In the league, Dendoncker drilled home in the 62nd to cap a flowing team move. Coach Nuno Espírito Santo’s Wolves have 11 clean sheets in the league and host inconsistent Arsenal next Saturday.

“It’s time to recover and prepare because next week we have three games in one week,” he said. “We have to understand that it’s demanding for the players.”

In Sunday’s FA Cup quarterfinals, it is: Sheffield United vs. Arsenal; Leicester vs. eight-time winner Chelsea, and Newcastle vs. defending champion Manchester City.