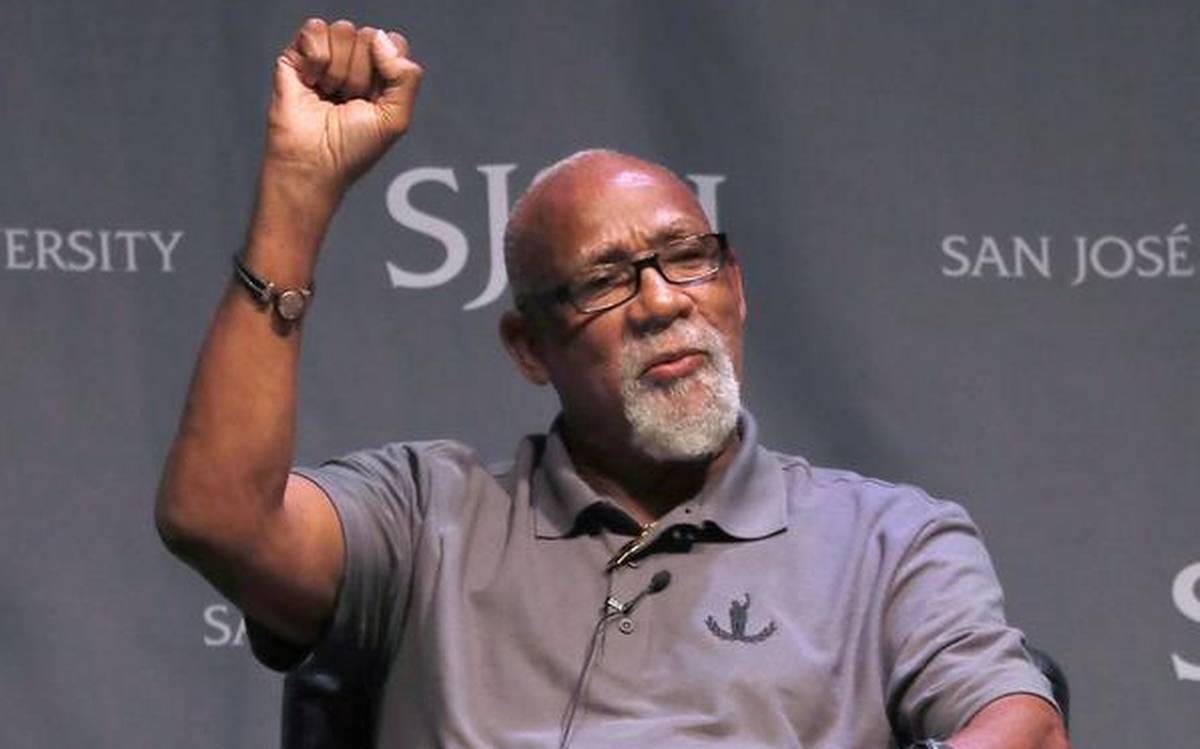 LOS ANGELES : In a letter sent to the IOC, the United States Olympic and Paralympic Committee’s athlete council requested that Olympic chiefs abolish its anti-protest regulation.

The letter was sent in partnership with former U.S. sprinter Carlos, who was famously kicked out of the Mexico City games in 1968 for raising his fist on the medal podium in a black power salute along with compatriot Tommie Smith.

“Athletes will no longer be silenced,” the U.S. athlete council wrote in the letter.

“The IOC and International Paralympic Committee cannot continue on the path of punishing or removing athletes who speak up for what they believe in, especially when those beliefs exemplify the goals of Olympism,” the letter reads.

“Instead, sports administrators must begin the responsible task of transparent collaboration with athletes and athlete groups to reshape the future of athlete expression at the Olympic and Paralympic Games.”

The issue of athlete protests at the Olympics came under renewed scrutiny following the wave of protests which erupted across the United States and around the world following the death of unarmed black man George Floyd while in police custody in Minneapolis on May 25.

The USOPC had been criticised after issuing reprimands to U.S. hammer thrower Gwen Berry and fencer Race Imboden, who both protested on the podium during last year’s Pan-American Games in Lima to draw attention to social injustice.

Berry, who raised a clenched fist on the podium, and Imboden, who knelt down, were given a year’s probation by the USOPC and warned they could face severe sanctions if they carried out similar protests again.

International Olympic Committee rules bar any “demonstration or political, religious or racial propaganda” at the Games.

In the weeks since the protests over George Floyd’s death erupted, the USOPC has said it will review rules regarding athlete protests, saying officials had “failed to listen and tolerated racism and inequality.”

The IOC, which in January issued an updated set of guidelines regarding athlete activism, outlawing any kind of demonstration on the medal podium or field of play, has hinted it may be willing to soften its stance.

The IOC is backing discussions led by the Olympic Athletes Commission to consider ways of allowing “dignified” shows of support for anti-racism initiatives.

The USOPC athlete council and Carlos had requested abolishing the rule against protests during a conference call with the IOC’s Athletes Commission on Thursday.

In its letter to the IOC released Saturday, the U.S. Olympians said freedom of expression was a “fundamental human right.”

“The Olympic and Paralympic movement simultaneously honors athletes like John Carlos and Tommie Smith, displaying them in museums and praising their Olympic values, while prohibiting current athletes from following in their footsteps,” the letter read.

“Carlos and Smith risked everything to stand for human rights and what they believed in, and they continue to inspire generation after generation to do the same. It is time for the Olympic and Paralympic movement to honor their bravery rather than denounce their actions.”