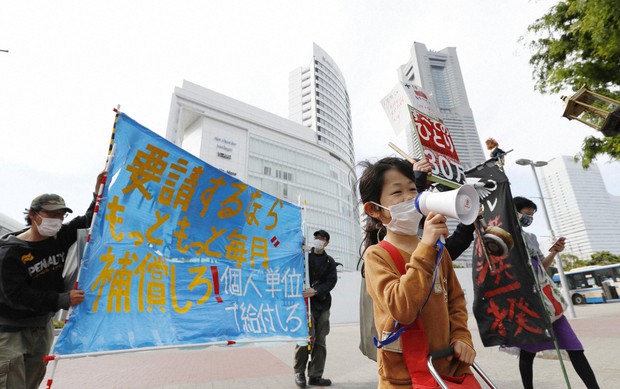 TOKYO : The government estimates that a total of 4.62 million people in Japan work as freelancers and their occupations, including self-employed construction workers and IT engineers, are wide-ranging.

The Japanese government will create guidelines by March 2021 to strengthen legal protection and improve accident insurance coverage for freelance workers as part of its efforts to promote flexible working styles, according to a review panel’s interim report compiled Thursday.

But freelancers, who are not protected by labor-related laws as they are not officially considered employees, often receive insufficient compensation and other benefits, as the coronavirus pandemic has made strikingly clear.

At Thursday’s meeting, Prime Minister Shinzo Abe stressed that the government would “work as one” to revise guidelines to provide better protection to freelance workers.

Under the revised guidelines, freelancers will be covered by labor-related laws if they are deemed to have an employer-employee relationship with a contracting company, including effectively working under the direction and supervision of a company.

The guidelines will also clearly state that if a contracting company fails to present a written contract, unilaterally changes terms of engagement, or pays later or less than what was agreed, it will be liable for punishment under antitrust laws and other regulations.

A special insurance program, currently limited to certain occupations such as private taxi drivers and self-employed construction workers, will be extended to all freelancers who get injured or fall sick while working in a similar manner to salaried employees.

The interim report is the second of its kind, with the previous one compiled at the end of last year. The final report, which was originally scheduled to be completed this month, has been pushed back to the end of the year due to the novel coronavirus pandemic.