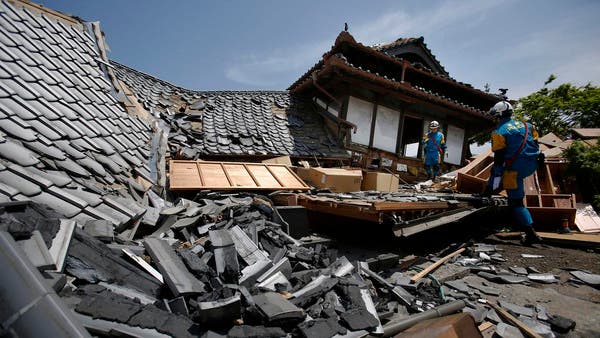 TOKYO : An earthquake with a preliminary magnitude of 6.2 struck off eastern Japan early Thursday, the Japan Meteorological Agency said. No tsunami warning was issued.

The 4:47 a.m. quake, which originated at a depth of about 30 kilometers, registered lower 5 on the Japanese seismic intensity scale of 7 in Asahi, Chiba Prefecture, near Tokyo.

There were no immediate reports of injuries or major damage from the temblor. East Japan Railway Co said it suspended train services on sections of lines in Chiba Prefecture following the quake.

The quake was also felt from central Japan to northeastern Japan, with fairly strong shaking in the Japanese capital and surrounding metropolitan area. The intensity of lower 5 means that many people are frightened and feel the need to hold onto something stable.

Chiba Prefecture and adjacent Ibaraki Prefecture have experienced a host of quakes recently.