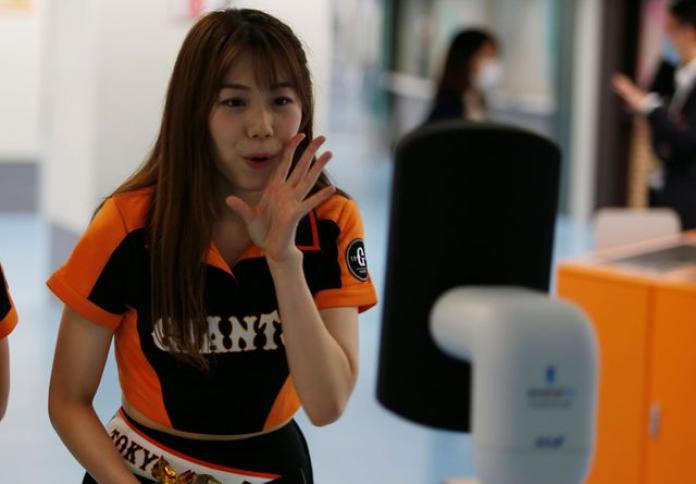 TOKYO : One lucky baseball fan was taken inside the otherwise empty Tokyo Dome for the Yomiuri Giants’ win on Tuesday via a monitor mounted on a robot she controlled from home.

Nippon Professional Baseball teams have begun their season without fans in stadia due to restrictions implemented to slow the spread of COVID-19, yet 14-year-old Futaba Tsuchiya was given special access via the monitor.

The Giants, Japan’s most popular and successful team, are giving one fan the chance to interact with the players in this way during every home game, but only if they win.

Fortunately for the Giants and Tsuchiya, they edged the Hiroshima Carp 3-2 to make it four wins from four since the delayed start of the season on Friday.

The NPB and the J.League, Japan’s top soccer league, announced on Monday that a limited number of fans will be allowed into stadiums from July 10.

However, in the meantime, the Giants are hoping to keep fans involved by displaying supportive tweets on the scoreboard between innings and piping in crowd noise during the game.

Players are being frequently tested and there have only been a small number of positive results so far, including two Giants players earlier this month.

In an effort to complete the season, the campaign has been reduced to 120 regular season games per team, while the playoffs have also been shortened.