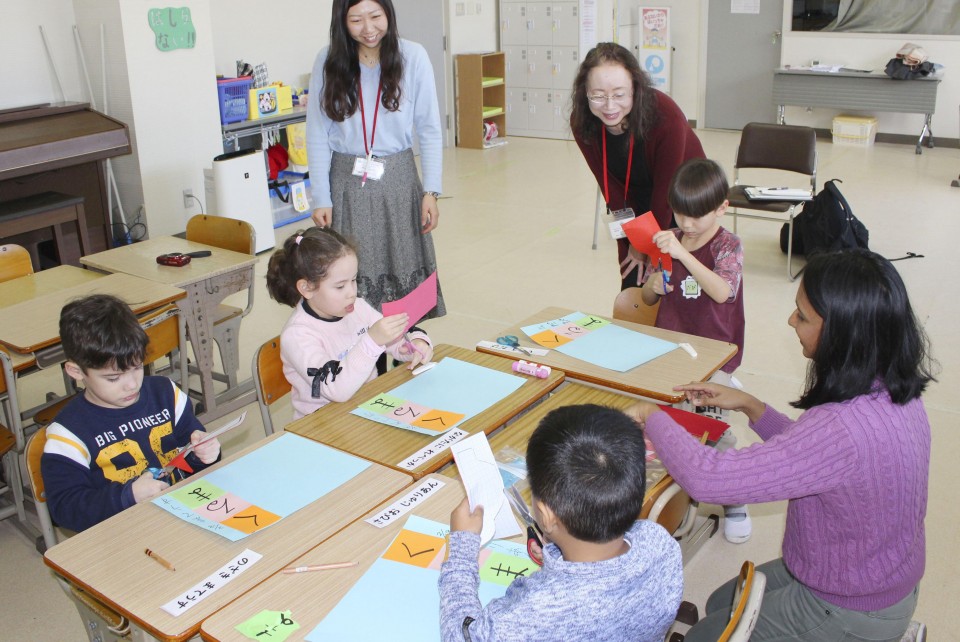 TOKYO : A survey conducted last year by the education ministry yielded an estimate that more than 19,000 elementary or junior high school-age children of foreign nationalities in Japan do not attend school at all, including international schools.

The government aims to improve its outreach to foreign children in Japan to provide them with learning opportunities as part of strategies adopted Tuesday to promote Japanese-language education.

In Japan, compulsory education covers nine years starting at first grade, from about age 6 to 15.

Foreign residents of Japan are not subject to compulsory education but the ministry urges public schools to accept and provide free tuition to any child who wishes to enroll based on international treaties.

The government wants to ensure that all foreign children in Japan have the same educational opportunities as local students.

Under the new policy, local governments will work closely with international schools and relevant nonprofit organizations to better assess the situation and offer parents of foreign children information about their educational options.

“Based on the basic policy adopted this time, we will strengthen the system” to promote Japanese-language education, he told a press conference.

The policy was adopted based on the law on promotion of Japanese-language education that took effect in June last year. The policy will be reviewed every five years if deemed necessary.

The law stipulates the central government must make legal changes and provide necessary financing to promote Japanese-language education, while local governments are responsible for crafting and implementing specific measures and policies.

It was a major turnaround of the country’s policies on language education, which have conventionally depended heavily on municipal and private efforts.

The number of foreign nationals in Japan stood at record-high 2.93 million as of the end of 2019, up 7.4 percent from the previous year, according to the Immigration Services Agency.

The ministry’s first survey conducted on foreign children’s school attendance in May and June last year found 19,654, or 15.8 percent, of foreign children eligible to enroll may not be attending Japanese elementary or junior high schools.

In addition to education being not compulsory for foreign nationals, the lack of sufficient command of the Japanese language among some children and guardians as well as the varied quality of local government support are suspected as reasons for the result.