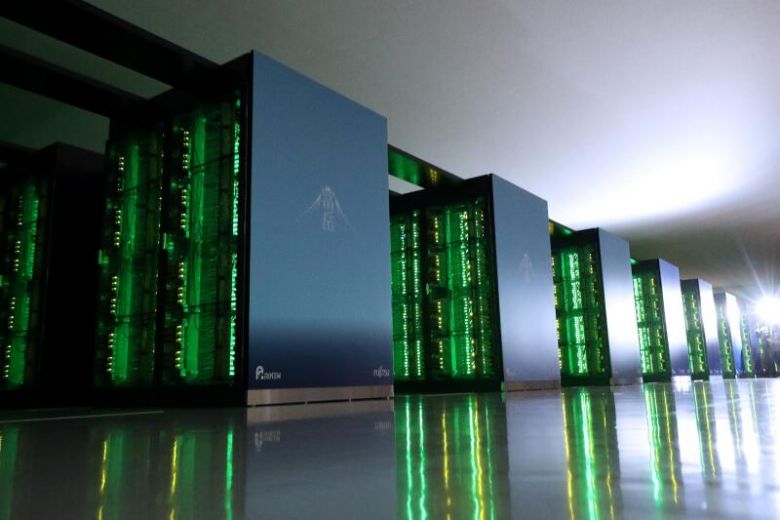 TOKYO : It snatched the top spot on the Top500, a site that has tracked the evolution of computer processing power for more than two decades, said the Riken scientific research centre.

Japan’s Fugaku supercomputer, built with government backing and used in the fight against coronavirus, is now ranked as the world’s fastest, its developers announced Monday.

The list is produced twice a year and rates supercomputers based on speed in a benchmark test set by experts from Germany and the U.S.

Fugaku was jointly developed by Riken and the firm Fujitsu and has a speed of roughly 415.53 petaflops — 2.8 times faster than the second-ranked U.S. Summit supercomputer’s 148.6 petaflops.

A supercomputer is more than 1,000 times faster than a regular computer, according to Riken.

Summit had topped the last four rankings over the previous two years.

Fugaku, meaning Mount Fuji in Japanese, has been under development for six years and is expected to start full-time operation from April 2021.

But it is already being put to work on the coronavirus crisis, running simulations on how droplets would spread on office spaces with partitions installed or packed trains with windows open.

“I hope that the leading-edge IT developed for it will contribute to major advances on difficult social challenges such as COVID-19,” Satoshi Matsuoka, the head of Riken’s Center for Computational Science, said in a statement.

Fugaku has also topped several other supercomputer performance rankings, becoming the first to simultaneously sit atop the Graph500, HPCG, and HPL-AI lists.

Supercomputers are vital tools for advanced scientific work because of their ability to perform rapid calculations for everything from weather forecasts to missile development.

A Riken-developed forerunner to the Fugaku has held the title of world’s fastest supercomputer, but in recent years the race to develop the powerful machines has been dominated by the U.S. and China.