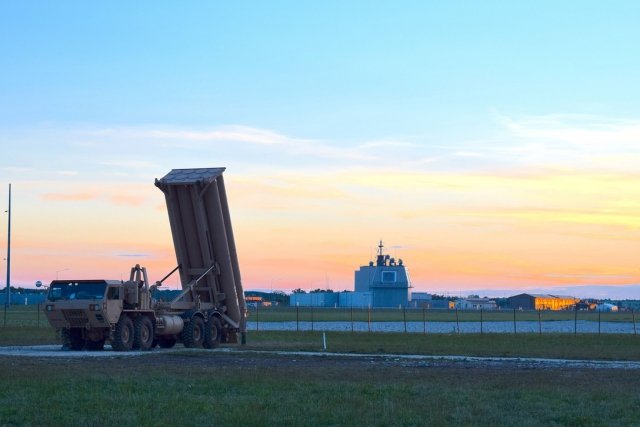 Aegis Ashore is set up at U.S. Naval Support Facility in Romania in August 2019

“The government is examining multiple ideas, including installing the system aboard a megafloat, a huge floating structure that can be used as an offshore base, and the deployment of the system on MSDF destroyers,” Japanese officials were quoted as saying by The Japan Times Monday.

The Defense Ministry and the National Security Council (NSC) are now weighing these new ideas so that the government can reach a conclusion on an alternative to the current Aegis Ashore deployment plan this summer.

“This is a suspension without an alternative,” a senior government official added.

A team consisting of specialists on Aegis Ashore and senior officials of the Defense Policy and Defense Buildup Planning bureaus has been set up to discuss the issue. The team will draw up a proposal that will serve as a basis of discussions at the NSC.

A megaflot is a huge floating structure that can be used as an offshore base. Although using it could remove worries about the possibility of the interceptor missile rocket boosters falling onto residential areas, it poses other threats such being extremely vulnerable to attacks.

Before adopting the Aegis Ashore plan, the government considered whether to introduce the Terminal High Altitude Area Defense (THAAD) mobile ground-based missile defense system. The THAAD also posed the same problem while having another one- Japan would need at least six units to cover the entire country, while Aegis Ashore required just two units.

In 2017, Japan decided to deploy two batteries to the Ground Self-Defense Force (GSDF) training areas. Two years later, it chose Akita’s Araya district and Yamaguchi’s Mutsumi for the deployment which was to take place by 2025.

Locals soon began resisting the government’s plans citing health effects of electromagnetic waves emitted by the Aegis Ashore’s radar, as well as the possibility that they could become a target in an armed conflict.

In addition, a geographical survey used by the Japan MoD as the basis for picking the sites was found to contain numerical errors. State-owned plots across Akita, Aomori and Yamagata prefectures were being considered for the deployment of the systems, according to local media reports.