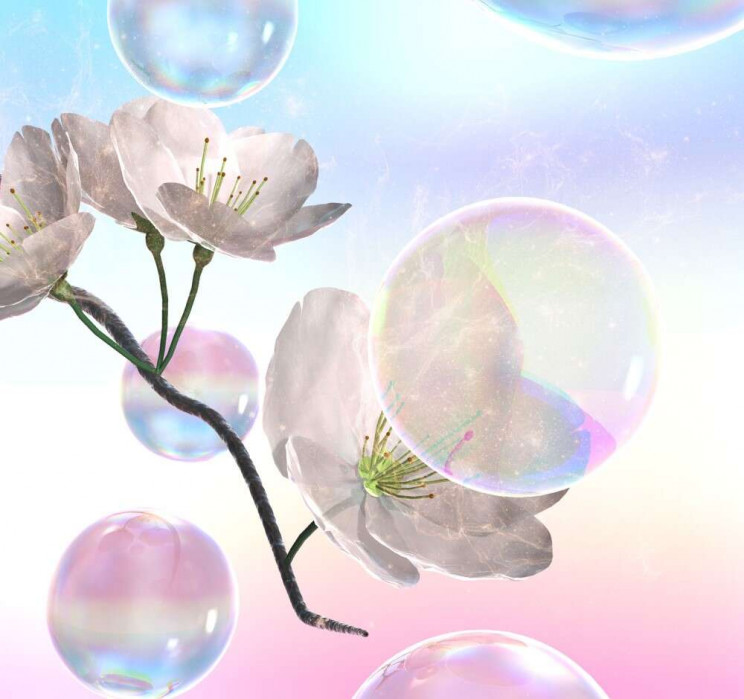 WASHINGTON : That’s according to a study published in iScience by a Japanese scientist who successfully demonstrated that soap bubbles can be used to pollinate fruit-bearing plants — seen as vital to keeping the world fed in the coming decades in the face of vanishing bee populations.

Flying robots equipped with bubble guns could one day help save our planet.

Ejiro Miyako, an associate professor at the Japan Advanced Institute of Science and Technology in Nomi, told AFP he had been working on robotic pollinators for years, but was disheartened when the toy drones he used smashed into flowers, destroying them.

The whimsical idea of trying bubbles came to Miyako when he was playing with his son in a park close to their home.

The scientist was inspired when one of the bubbles harmlessly burst on his three-year-old’s face.

Next, they tested five solutions available in shops, finding one called lauramidopropyl betaine — used in cosmetic products to boost foam formation — resulted in better growth of the tube that develops from pollen grains after they are deposited on flowers.

They also added calcium to support the germination process and found the optimum pH balance.

The pair loaded their solution into a bubble gun and released pollen-bearing bubbles into a pear orchard — at a rate of about 2,000 grains per bubble — finding that 95 percent of the targeted flowers bore fruit.

“It sounds somewhat like fantasy, but the… soap bubble allows effective pollination and assures that the quality of fruits is the same as with conventional hand pollination,” said Miyako.

Hand pollination is a much more labor intensive process.

Finally, the researchers took their experiment to the skies — loading a bubble gun onto a small drone programmed to fly on a predetermined route.

Since flowers were no longer in bloom, they targeted a group of fake lilies.

When flown from a height of two meters and at a velocity of two meters per second, the device hit the plastic plants at a 90 percent success rate.

Miyako said he was in talks with a company for future commercialization but more work was needed to improve the robot’s precision, and to potentially add autonomous flower targeting.

The study is thought to be the first exploring the properties of soap bubbles as pollen carriers, and to then link the concept to autonomous drones.

2 Comments on “Flying robots equipped with bubble guns could one day help save our planet.”