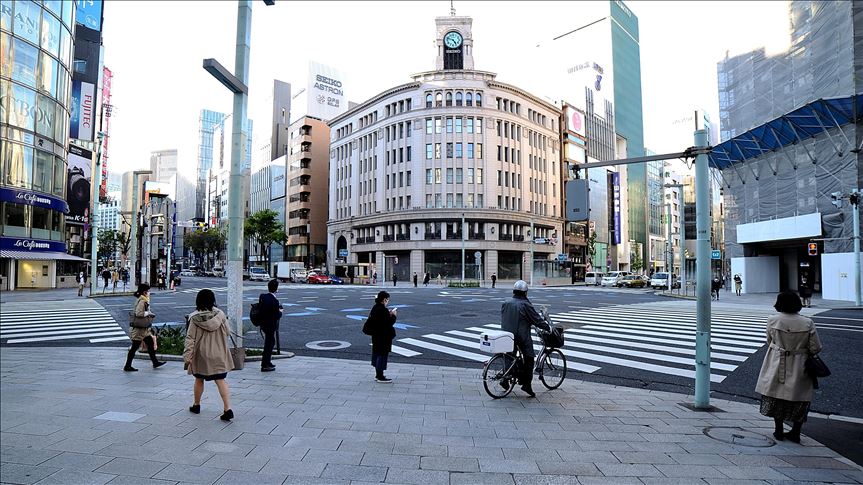 TOKYO : “We’re raising the level of social and economic activities further,” Abe told a meeting of a government task force on the coronavirus. “There will be no restrictions on movement (beyond prefectures).”

Japan lifted its restrictions on travel across prefectures on Friday as scheduled as the spread of the novel coronavirus has been kept in check, Prime Minister Shinzo Abe said Thursday.

Abe ended the nationwide state of emergency he declared by late May. But people have been advised to avoid travel to and from Tokyo and Chiba, Kanagawa and Saitama prefectures in the Tokyo metropolitan area, as well as Hokkaido in northern Japan, if it is not urgent or essential.

Tokyo has the largest number of confirmed coronavirus cases among the country’s 47 prefectures and close economic links with the neighboring prefectures. Hokkaido was recently hit by a fresh wave of infections.

Under the nationwide state of emergency declared ahead of the Golden Week holidays from late April to early May, the government asked people to refrain from crossing prefectural borders for fear of the virus spreading.

The travel restrictions had already been lifted for other parts of the country. The complete end of the curbs opens the way for a recovery in tourism as the government seeks to revitalize the struggling sector once the coronavirus epidemic subsides.

The government has tried to strike a balance between expanding economic activity and enhancing precautionary measures, while health experts have warned that Japan could see a second wave of infections if people let their guard down against the virus.

With the latest decision, the number of people allowed at events such as concerts will be raised to up to 1,000 from the previous 100 for indoor and 200 for outdoor venues.

Still, indoor venues will be allowed only half of their full capacity, while those outdoors will be asked to make sure that sufficient distancing can be maintained.

Professional sports will be permitted to resume — though without spectators — with this year’s Nippon Professional Baseball season starting Friday.

Business closure requests for such establishments as nightclubs and live music venues will also be lifted.

On Thursday, 67 new COVID-19 infections were reported in Japan, bringing the total of cases to more than 18,400, including those from the Diamond Princess cruise ship that was quarantined in Yokohama near Tokyo in February. The death toll in the country from the virus stood at 954.

The number of infections has been on an upward trend in Tokyo since the state of emergency in the capital was lifted May 25. There were 41 cases reported on Thursday.