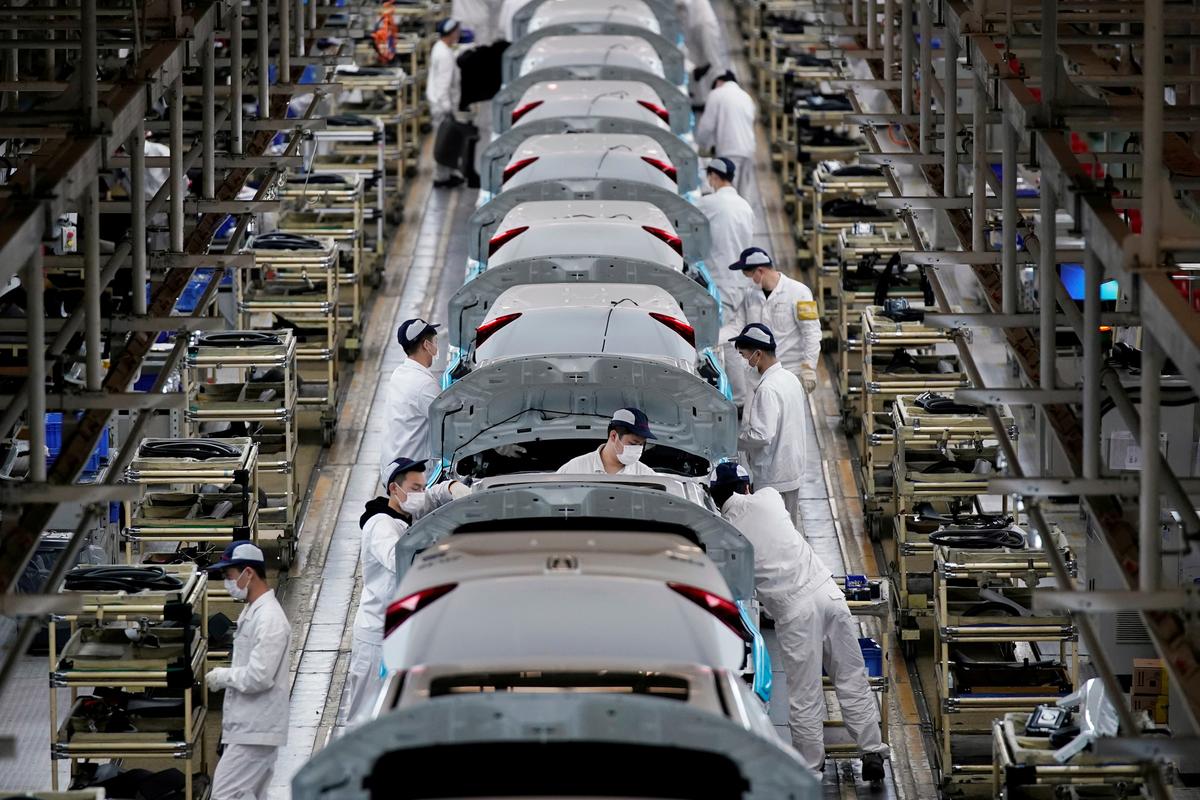 Business sentiment of Asian companies sank to an 11-year low in the second quarter, a Thomson Reuters/INSEAD survey found, with some two-thirds of the firms polled flagging a worsening COVID-19 pandemic as the biggest risk over the next six months.

While the pandemic’s initial impact was reflected in the March survey, confidence during the June quarter fell by a third to 35, only the second time the Thomson Reuters/INSEAD Asian Business Sentiment Index has slumped below 50 since the survey began in the second quarter of 2009.

A reading above 50 indicates a positive outlook. The last time the index showed a reading below that was in its debut quarter, when it hit 45.

About 16% of the 93 companies surveyed also said a deepening recession was a key risk for the next six months, with more than half expecting staffing levels and business volumes to decline.

“We ran this survey right at the edge when things were getting really bad,” Antonio Fatas, Singapore-based economics professor at global business school INSEAD, said of the survey conducted between May 29 and June 12.

“We can see this complete pessimism which is spread across sectors and countries in a way that we haven’t seen before.”

Many countries are easing coronavirus-related lockdowns but worries have mounted that another wave of infections could hurt economies that have been battered from weeks of curbs on travel and movement. Cases globally have crossed 8 million.

Companies from 11 Asia-Pacific countries responded to the Thomson Reuters/INSEAD survey.

China, where the novel coronavirus was first detected, reported that industrial output quickened for a second straight month in May, but a weaker-than-expected gain suggested that recovery remained fragile.

“It tells us that the recovery will take time and it won’t be a V-shaped recovery,” said Jeff Ng, senior treasury strategist at HL Bank.

Governments have rolled out stimulus measures to support ailing economies. Singapore and Hong Kong, among the most open economies in Asia, have backed sectors such as airlines that are bearing the brunt of travel restrictions.

Last week, the U.S. Federal Reserve said it would likely hold its benchmark interest rate near zero through 2022, signaling it expects a long road to recovery.

But recessions in most major economies are still expected to be more severe this year than forecast, Reuters polls of more than 250 economists published in late May show.

Chaiyapat Paitoon, chief strategy officer at Minor International (MINT), that operates brands such as Marriott and Four Seasons and gets the bulk of its revenue from Europe, said the company had taken several cost-saving measures to minimize the impact on its profits.

Morgan Stanley said it expects a macro shift in the aftermath of the pandemic.

“Every big slowdown leaves a mark on macro balance sheets. The significant fiscal easing undertaken means that ratios of public sector debt to gross domestic product are likely to rise over the next two years,” Morgan Stanley economists said in a recent report.

“When the going gets good, policymakers will need to delever to renew policy space.”