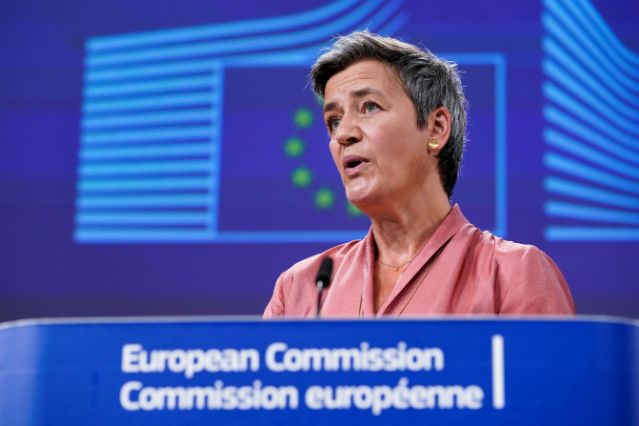 BRUSSELS : European Commission Vice President Margrethe Vestager said Wednesday that before approving the deal, the anti-trust services of the 27-nation bloc would “carefully assess whether the proposed transaction would negatively affect competition” specifically in the commercial van sector, which has become increasingly important because of the home delivery economy.

The European Union is opening an in-depth investigation into the proposed merger of Fiat Chrysler and Peugeot that would create the world’s fourth-largest automaker.

Vestager stressed that either Fiat Chrysler or Peugeot are already the leader in many EU nations in that sector and the merger would eliminate a major player, thus reducing competition.

The EU now has until October to make a ruling on the case.

The deal, which was first unveiled last October, will create a company with revenues of nearly 170 billion euros (nearly $190 billion) that produces 8.7 million cars a year – just behind Volkswagen, the Renault-Nissan alliance and Toyota.

The new company will be legally based in the Netherlands and traded in Paris, Milan and New York. It will start with a strong base in Europe, where Peugeot is the second-largest car maker. Fiat makes most of its profits in North America and has a strong presence in Latin America. It will be looking to strengthen its position in China, where both companies lag.

Fiat Chrysler has been looking for an industrial partner in recent years. A previous deal with French rival Renault last spring fell apart over French government concerns about the role of Renault’s Japanese partner, Nissan.

Peugeot said in a statement that the merger preparations were continuing as planned and that the project had already received antitrust approval in the United States, China, Japan and Russia.