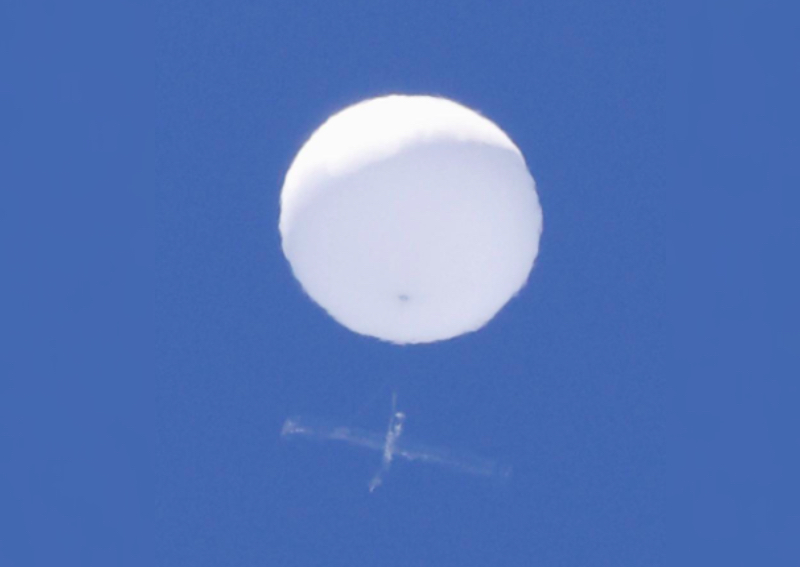 TOKYO : Television footage taken in the northeastern city of Sendai showed a balloon-like object above a cross, on which propellers seemed to be turning. Officials in the Sendai Weather Bureau said it had appeared near dawn and hung in the sky for hours, largely unmoving, until obscured by clouds.

The appearance of a mysterious white object in the sky over northern Japan on Wednesday set social media ablaze, with speculation ranging from UFOs to coronavirus and North Korean propaganda.

By afternoon it was the third-most trending topic on Japanese Twitter, with theories including UFOs and North Korean balloons used to drop leaflets. One user said it could be spreading novel coronavirus, adding, “This gives me a very bad feeling, as if Godzilla might suddenly appear.”

Police could not be immediately reached for comment and a Sendai government official said inquiries were still proceeding, with both the size of the object and its origin, as well as its function, undetermined. No move had been made to retrieve it as of late afternoon.

“We have absolutely no idea what it is,” said a weather bureau spokesman, declining to give his name. “It may be some kind of weather monitoring equipment, but it definitely isn’t ours.”