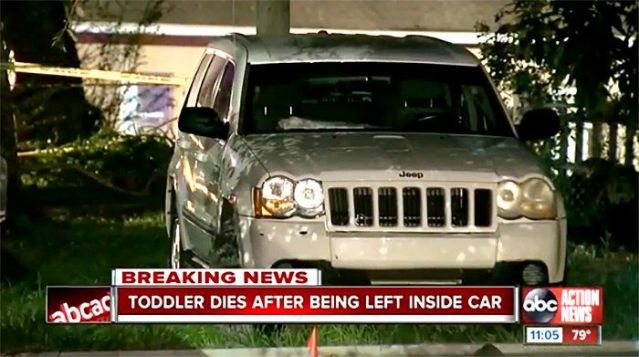 TSUKUBA : A 2-year-old girl died Wednesday after her father apparently left her in his car for about seven hours while working at home in Tsukuba, Ibaraki Prefecture, police said.

The father found his daughter, who was unconscious and not breathing, in the rear seat of his vehicle at around 3:20 p.m. and she was pronounced dead at a hospital, the police said.

According to the police, the 40-year-old man drove his 8-year-old daughter to an elementary school at around 8 a.m., with the 2-year-old also in the car.

The man then returned to his home and worked there for hours. At around 3 p.m., he drove back to the school to pick up the elder daughter, and after parking noticed his younger daughter still in the child seat in the rear, the police said.

The high temperature for the day in Tsukuba reached 27.8 C shortly before noon, according to the Japan Meteorological Agency.