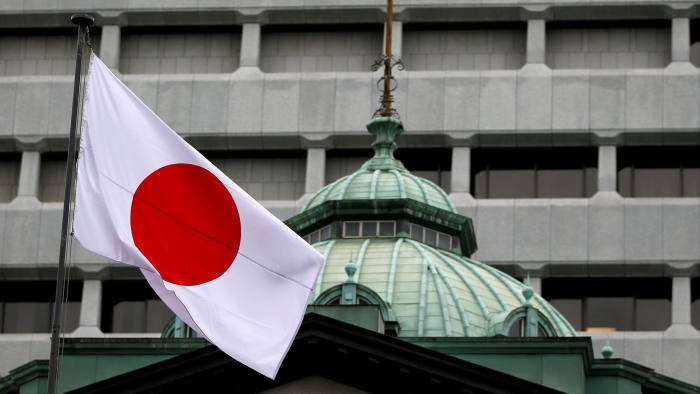 TOKYO : Japan’s central bank Tuesday ramped up aid for businesses struggling with the fallout from the coronavirus pandemic, as it attempts to ease the recession in the world’s third-largest economy.

The Bank of Japan (BOJ) expanded its zero-interest loan program to firms to 90 trillion yen ($837 billion) from 55 trillion yen. Its total war-chest for companies amounts to 110 trillion yen when corporate bond purchases are taken into account.

“Japan’s economy is likely to remain in a severe situation for the time being due to the impact of COVID-19 at home and abroad, although economic activity is expected to resume gradually,” the bank said following a two-day policy meeting.

It vowed to “closely monitor” the effects of the virus on the Japanese economy, which has dived into its first recession since 2015.

The BOJ made no change to its ultra-loose monetary policy framework, which involves unlimited purchases of government bonds and a negative interest rate.

Japan was struggling from the effects of natural disasters and a hike in consumption tax even before the pandemic crippled the global economy.

Consumer spending has slowed to a crawl despite Japan’s relatively low infection numbers and death toll from the pandemic. A recent spike in cases in Tokyo has raised fears of a second wave.

Along with the central bank, the Japanese government has scrambled to pass emergency budgets — including one worth nearly $300 billion that passed the parliament last week — to keep the economy moving.