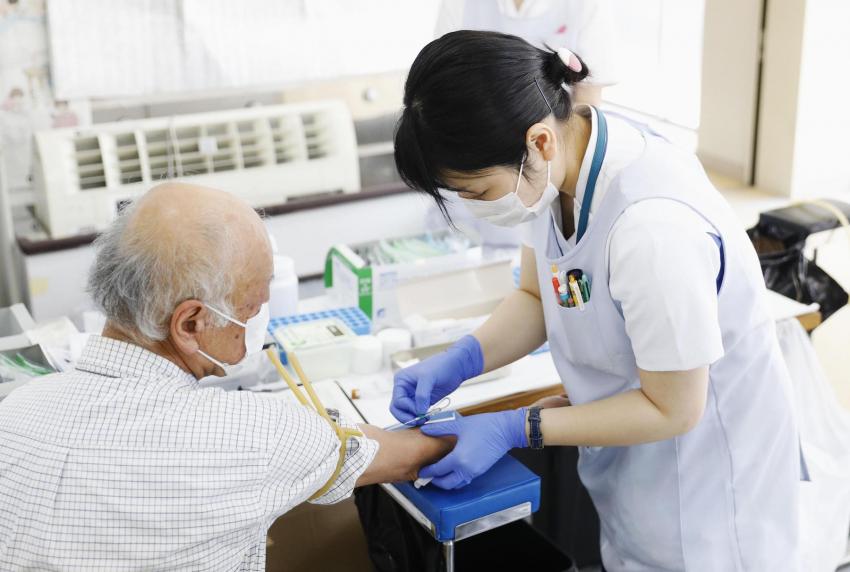 TOKYO : An infectious diseases expert has urged people in Japan not to let their guard down against the novel coronavirus as government tests have revealed that most individuals lack antibodies and are at risk of contracting the virus in a second wave of infections.

“If the infection had spread without being detected, the rates would have been higher,” said Kazuhiro Tateda, the expert at Toho University.

While explaining the results show that the first wave of infections was contained to a certain degree, Tateda called for antibody testing to be conducted periodically to grasp the spread of the virus, saying, “While we managed to survive the first wave, many people remain vulnerable to infection.”

“We must not ease our measures (against the virus),” he said.

The presence of antibodies indicates individuals have been infected with the virus and may not be reinfected.

But as it remains unclear whether antibodies for the novel coronavirus provide immunity to reinfection, the government is planning to continue analysis of the antibodies at the National Institute of Infectious Diseases.

There is also the issue of the precision of antibody testing. Some clinics and companies have introduced antibody tests on their own, but their results are not always accurate even if people test positive.

To enhance the credibility of its test results, the health ministry used a method that can measure the level of antibodies, which was approved in the United States as an emergency step.

The ministry survey was conducted between June 1 and 7, with samples collected from about 8,000 people aged 20 and above in the three regions.

The rate of individuals with antibodies was about three to nine times higher than the rate of confirmed infections to the population, which stood at 0.038 percent in Tokyo, 0.02 percent in Osaka Prefecture, and 0.004 percent in Miyagi Prefecture.

The discrepancy indicates a large number of infections have gone undetected with people either recovering without being tested or showing no symptoms.