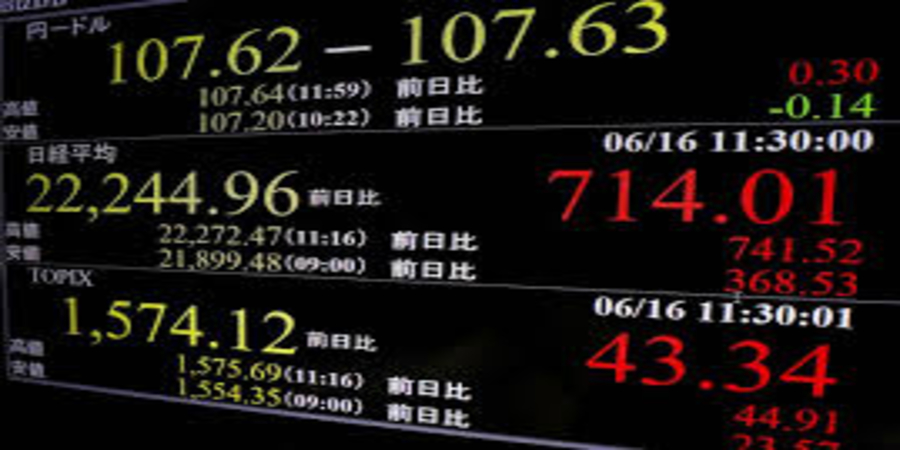 In the currency market, improved risk sentiment supported the dollar in the mid-107 yen range, which gave an additional boost to exporter stocks.

Both the Nikkei and the Topix staged their largest gains in terms of points and percentage since late March as buying accelerated in the afternoon following a Bloomberg report that the U.S. government is preparing to spend nearly $1 trillion on infrastructure projects to help lift the economy, brokers said.

Shares were strong from the outset after the Federal Reserve’s new corporate debt purchasing program, due to start on Tuesday, triggered aggressive buybacks following the Nikkei’s losses of nearly 1,600 points over the past three trading days, they said.

Investors also welcomed the Bank of Japan’s announcement before the midday break to expand its corporate financing support to a total of up to 110 trillion yen ($1 trillion) from 75 trillion yen, the brokers said.

“A sense of relief over these emergency aids in and outside the country overwhelmed recent concerns about another wave of virus infections,” said Shingo Ide, chief equity strategist at the NLI Research Institute.

On the First Section, advancing issues outnumbered decliners 2,104 to 48, while 16 ended unchanged.

SoftBank Group gained 137 yen, or 2.8 percent, to 5,042 yen after the firm said it is considering selling its shares in T-Mobile U.S. Inc. to improve its financial condition.