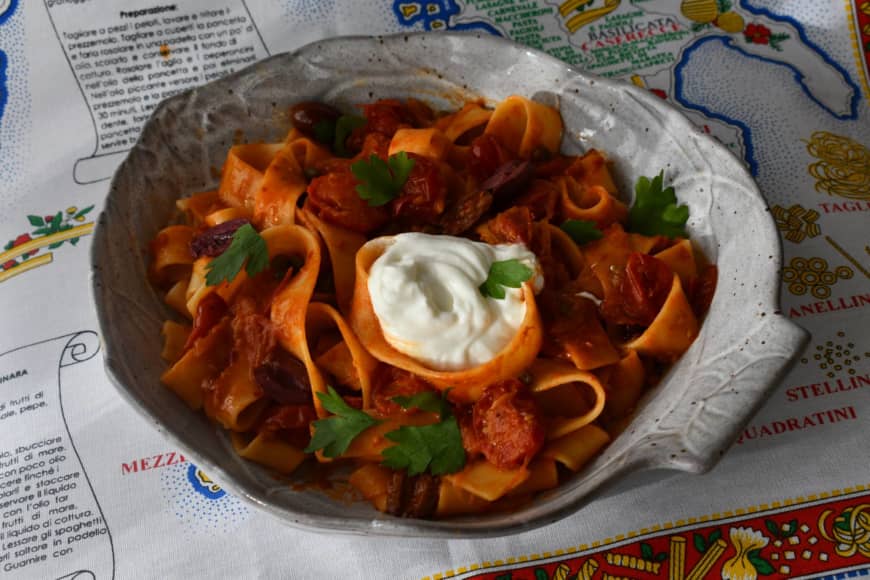 Mochi rice cakes, anko bean paste, jam and more with the push of a button

BY SARAH B. HODGE

Japan is renowned for its innovative rice cooker technology, but did you know the country also pioneered the electric bread maker (hōmu bēkarī, or panyakiki)? A team at Matsushita Electric Industrial Co., now Panasonic, spent over a year on research and development (one software developer even apprenticed with an Osakan baker) and launched the first electric bread maker in 1986.

In 1987, Funai Electric Co. introduced the fully automatic Raku Raku Pan Da. Only a year later, Funai’s bread maker debuted overseas as the DAK Auto Bakery, and the market continued to expand as overseas companies began to design and produce their own models — by 1999 one in five Americans owned a bread maker.

In addition to standard bread and dough settings, contemporary Japanese models have several unique features, extending convenient cooking with the push of a button far beyond bread. I use a mid-range bread maker from Panasonic with 35 presets, but even some entry-level models under ¥10,000 feature mochi, udon/pasta and jam settings; MK’s home bakery even features a yaki-imo (baked sweet potato) and yogurt mode.

Depending on your model, your bread maker also doubles as a mochi maker, so there’s no need to invest in a separate mochi tsukiki (mochi maker). Over the course of an hour, the bread maker steams, kneads and pounds the rice, making fresh mochi available whenever the craving strikes. Optional add-ins like black sesame, yuzu citrus peel or yomogi (mugwort) and sweet or savory toppings allow you to customize and experiment; check your bread maker’s user manual for even more suggested recipes. If your machine doesn’t have a mochi setting, you can steam mochi rice in a rice cooker and then knead on the dough setting until elastic and smooth.

Many commercial red bean pastes are heavily sweetened and may contain preservatives, but making fresh anko at home, where you can control the amount and type of sugar used, is easy with your bread maker. Just simmer 150 grams dried adzuki beans in 450 milliliters water on the stovetop for about an hour until tender, then add the drained cooked beans and sugar to the bread maker pan, which will heat and stir the sugar and beans to the perfect consistency. Store in the refrigerator for three to four days or in the freezer for up to two months.

Another area where the bread maker excels is by allowing you to preserve summer’s bounty — minus the stirring over a hot stove. All you need is fruit (berries, apples and peaches work particularly well), sugar and lemon juice. Following the same recipe you’d use for a stovetop version, wash and cut fruit into small pieces (for jam) or halves (for compote). Cool and store in the refrigerator in sterilized jars. You can also preserve tomatoes with this method.

One of my favorite features of my bread maker is its ability to make udon and fresh pasta dough (my machine includes a separate kneading paddle for mochi and pasta). Italian pasta dough generally includes egg, while udon dough is simply flour, salt and water. In as little as 15 minutes, the bread maker kneads the dough to perfection. Once the dough cycle has finished, you will still need to let the dough rest for at least 30 minutes to an hour before rolling it or putting it through a pasta machine. If your machine does not come with a pasta setting, knead the ingredients using the dough setting for 15 to 20 minutes to achieve the same effect.

Using my bread maker’s pasta setting, the following recipe is a favorite in my house. The blend of heat from the harissa chili paste, sweetness and acidity from the tomatoes, and briny notes of the Kalamata olives and capers stands up perfectly to homemade pappardelle pasta.

For the fresh pasta:

2 to 3 tablespoons rose harissa (if using regular harissa, start with a smaller amount and add to taste; harissa can be purchased at import stores like Kaldi Coffee Farm and Seijo Ishii)

Around an hour before you plan to start cooking, put the ingredients for the fresh pasta in the bread maker and knead. When the pasta cycle is finished, remove the dough, shape into a ball and wrap in plastic. After the dough has rested for 30 minutes, roll out the dough in a pasta machine (I rolled mine until setting four) or by hand. Cut into strips around 2-centimeters wide and allow to air dry slightly while you boil the water.

Put the oil into a large saute pan, for which you have a lid, and place on a medium-high heat. Once hot, add the onion and fry for 8 minutes, stirring every once in a while, until soft and caramelized. Add the harissa, tomatoes, olives, capers and ½ teaspoon of salt and continue to fry for three to four minutes, stirring frequently, until the tomatoes start to break down. Add 200 milliliters of water and stir through.

Once boiling, reduce the heat to medium-low, cover the pan and simmer for 10 minutes. Remove the lid and continue to cook for four to five minutes, until the sauce is thick and rich. Stir in 10 grams of the parsley and set aside.

Meanwhile, fill a large pot with plenty of salted water and place on a high heat. Once boiling, add the pappardelle and cook until al dente. Drain well.

Return the pasta to the pot along with the harissa sauce and ⅛ teaspoon of salt. Mix together well, then divide between four shallow bowls. Serve hot, with a spoonful of yogurt and a final sprinkle of parsley.