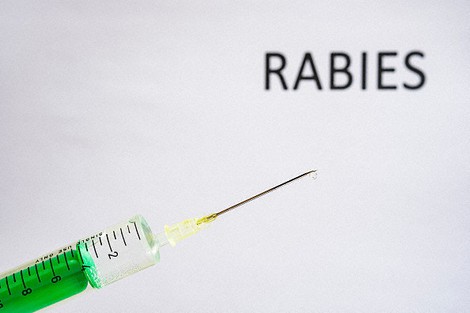 NAGOYA : A man believed to have contracted rabies months ago in the Philippines has died at a hospital in the central Japan city of Toyohashi, the first death caused by the viral disease in the country since 2006, the city said Monday.

The foreign national in his 30s came to Japan from the Philippines in February for work, according to the city government. He began complaining of back and ankle pain, and developed a fear of water, a common rabies symptom known as hydrophobia, around May 11.

The man, who lived in nearby Shizuoka city, is believed to have been bitten by a dog in the Philippines around September, according to the Toyohashi city government. He had been hospitalized since May 18.

Two Japanese men died of rabies in 2006 after returning from the Philippines where they were bitten by a dog. No cases of rabies infection within Japan have been reported since 1956.

Rabies is usually transmitted by a bite from an infected animal, and human-to-human transmission is extremely rare. While there are effective vaccines to treat people after exposure, the fatality rate of rabies once symptoms appear is almost 100 percent.

Read Also – Donald Trump says he won’t watch NFL, U.S. soccer if players do not stand for the national anthem