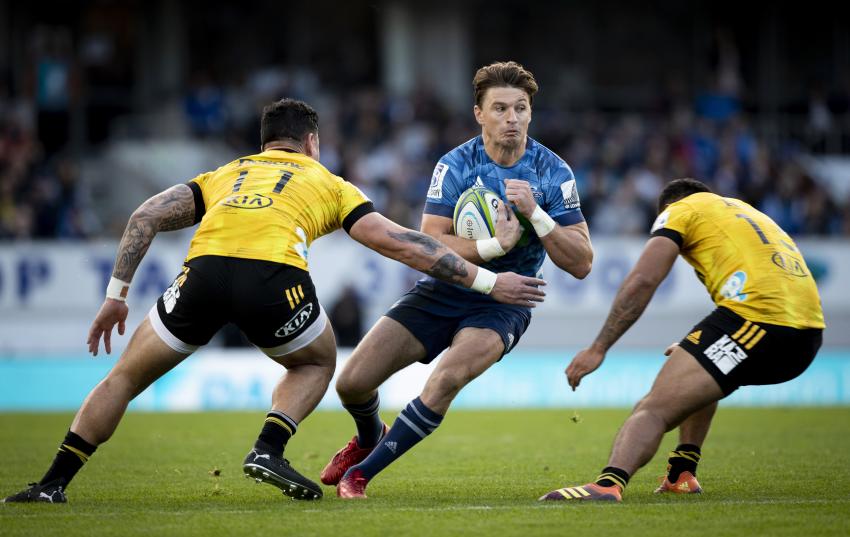 The Blues have beaten the Hurricanes 30-20 in game two of Super Rugby Aotearoa in front of a sell-out crowd at Eden Park in Auckland this afternoon.

Two-time world player of the year, Beauden Barrett, missed out on the No.10 jersey in his first game for the Blues, instead making his debut at fullback against his former side on Sunday.

Otere Black retained the first five-eighth spot after impressing MacDonald earlier in the season, and landed six from six with the boot as well as directing the Blues back line with clarity and control.

The home team took a narrow 14-13 lead into the break, tries to All Blacks Sevens rep Caleb Clarke and second five-eighth TJ Faiane – and Black’s conversions – enough to inch ahead of the Hurricanes efforts from skipper Dane Coles and winger Ben Lam.

While the Hurricanes impressed, they struggled for consistency at the lineout and conceded too many penalties at the breakdown.

Blues loose forward Dalton Papali’i dived over in the corner 10 minutes into the second spell, gathering up a Faiane chip-kick through, and Black’s conversion extended the home team’s lead to 21-13.

Three more penalties from Black’s boot put the game beyond doubt, although the Hurricanes retained a measure of pride when replacement halfback Jamie Booth squirmed over for a consolation try with two minutes left on the clock.