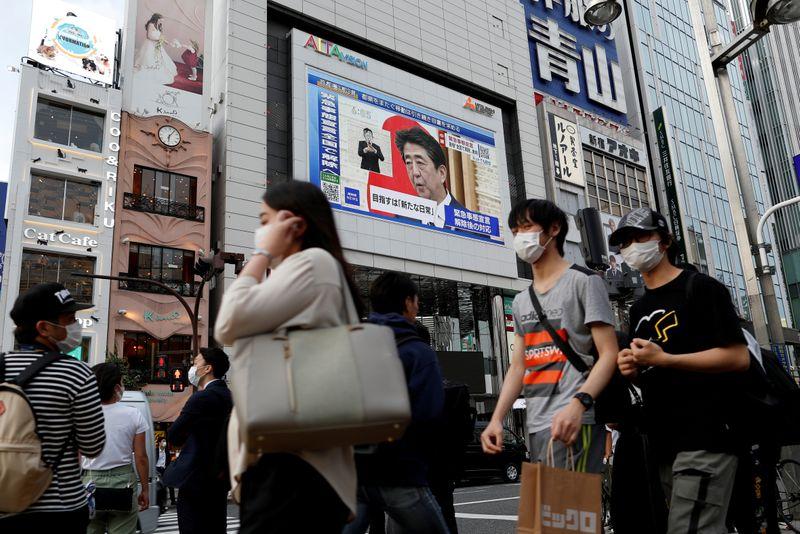 TOKYO : Japanese Prime Minister Shinzo Abe has long made creating jobs for women central to his economic policy, but now women are suffering a bigger share of the pain as the country heads for its worst economic slump since World War Two.

Helped by a worker shortage, female labour participation hit a decade-high of more than 70% under Abe’s campaign, often dubbed “Womenomics”. The catch: many women lack the job security of male workers, with more than half holding vulnerable part-time, contract or temporary jobs.

Temp worker Miyuki was told in April she would lose her job on a farm-equipment assembly line at the end of the next month, so she quit to take another offer. But that job disappeared too as the coronavirus outbreak ravaged the economy.

She’s since found work packing products for a drug company-for half the pay and only through July. Now she’s waiting on a 100,000 yen stimulus payment from the government and has gotten rid of her car to cut expenses.

“I want a job,” said Miyuki, 53, who, like other workers interviewed, declined to give her last name out of privacy concerns. “No matter how much the government says it will provide financial support, we don’t know how long the coronavirus will last.”

She said wanted more stable employment, but added, “at my age, it can be tough.”

Single mothers, many below the poverty line, are hit hard.

Asami, 32, a single mother in central Japan, lost her job doing piecework for a plastics company in April after asking for time off to care for her sons, aged 4 and 1.

“It was a big shock economically,” said Asami, who has yet to receive an application form for the government payment.

“I can’t help but wish support was speedier and more substantial,” Asami said. She has since found a job with an employer who promises to be more flexible about childcare.

An extra government budget to be passed soon contains added one-time subsidies for single mothers, but the plight of other women workers has received less attention.

“Women are viewed as working to supplement the income of male bread-winners, so even if they lose their jobs, men are viewed as their safety net,” said Mieko Takenobu, professor emeritus at Wako University in Tokyo. “Reality is different.”

Government support funnelled through companies to protect jobs and income during the slump often fails to reach women in unstable posts, experts say.

“There’s a huge gap between regular and non-regular workers those who can work at home and get paid even if productivity drops versus those who get no salary if they don’t work,” said Chieko Akaishi, the head of the non-profit Single Mothers Forum.

Abe has ended a nationwide state of emergency, but worries persist and an economic recovery will take time.

“There will be lots more layoffs,” said Naoko Mogi, founder of a Facebook group for single women with non-permanent jobs.($1 = 106.9100 yen)