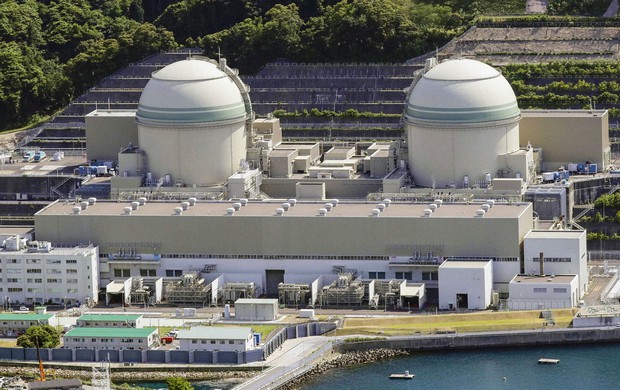 OSAKA – The Osaka-based utility decided to file the lawsuit after its investigation commission, comprising outside lawyers, concluded that five former executives, including former Chairman Makoto Yagi, inflicted some 1.3 billion yen in damages to the company, the sources said.

Kansai Electric Power Co is set to file a damages suit against one-time members of its management over a bribery scandal involving a former deputy mayor of a town that hosts one of its nuclear plants, sources familiar with the matter said Friday.

Kansai Electric, which plans to finalize the decision at an extraordinary meeting of its board of auditors on Monday, is expected to sue all five, including former President Shigeki Iwane, the sources said.

The amount of damages the utility will seek in the lawsuit is likely to far exceed 1.3 billion yen, according to the sources.

Kansai Electric has been under fire after it came to light in September last year that Eiji Moriyama, a former deputy mayor of Takahama in Fukui Prefecture, had bribed executives and employees of the utility to give work to companies linked to him.

Yagi stepped down as chairman last October and Iwane resigned as president in March this year over the scandal.

Damages identified by the investigation committee included over 360 million yen in relation to inappropriate construction orders, a 700 million yen hit from lost trust due to the scandal, and 250 million yen for the cost of regaining the company’s position of trust.

Taking the statute of limitations into account, the five individuals inflicted damages of 1.27 billion yen, the committee concluded.

A third-party investigation panel said in a report in March that over the course of more than three decades beginning in 1987, Moriyama handed out a total of some 360 million yen in cash and gifts, including clothing vouchers and sumo tickets.

The company punished 93 former and current executives and employees for accepting cash and gifts.

Moriyama, who died in March 2019, held strong sway in the local community and had been instrumental in quelling opposition to the addition of two new reactors to the Takahama plant.

The investigation committee was established in late March after individual shareholders of Kansai Electric called for lawsuits to be launched against former executives.