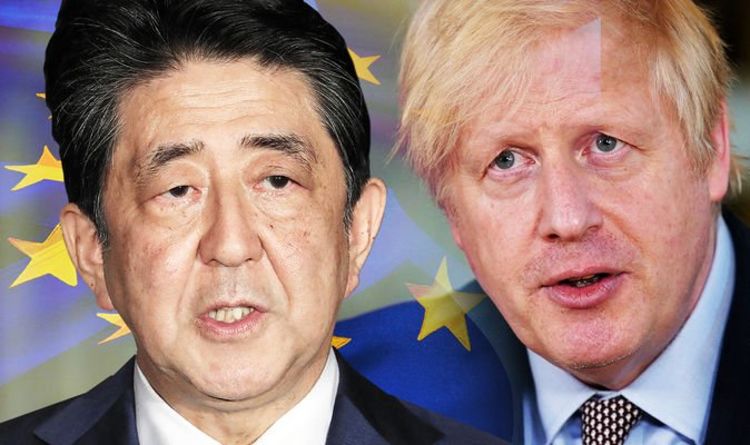 Negotiations on a post-Brexit trade agreement between Britain and Japan will open today, just seven months before the end of the UK’s transition period with the European Union (EU).Japan is currently the UK’s 11th largest trading partner, and the fourth largest outside the EU.

Ministers said the negotiations will expand on the current EU-Japan arrangement and secure extra benefits in areas such as digital trade.

Ministers say the new deal could help the UK as it recovers from the economic shock created by the coronavirus crisis.

“A trade deal with Japan will also advance the UK’s accession to the Comprehensive and Progressive Trans-Pacific Partnership, which will improve market access for UK businesses across the Asia-Pacific region.”

Takaaki Hanaoka, secretary general of the Japanese chamber of commerce and industry in the UK, said: “The UK and Japan have common ground in that both have mature markets and societies.

The government said it expected manufacturers of textiles and clothing, as well as professional and financial services providers, would be among the U.K. industries to benefit most from lowering trade barriers with Japan.

The agreement would be based on the existing EU-Japan free trade deal, it said, and would also aim to secure provisions on digital trade and copyright which could benefit the e-commerce sector and the creative industries.

Britain said it estimated a trade deal with Japan could increase trade flows between the two countries by £15.2 billion (¥2 trillion), and that lower or zero tariffs could save U.K. exporters £33 million a year.

Japan was Britain’s fourth-biggest non-EU trading partner in 2018, with total trade between the two countries of £29.1 billion, according to government statistics.

Britain hopes ultimately to join the 11-member Comprehensive and Progressive Agreement for Trans-Pacific Partnership, and sees trade talks with Japan as a step toward that end.

Government analysis suggests a free trade agreement between the UK and Japan would bring greatest benefits to Scotland, London and the East Midlands.