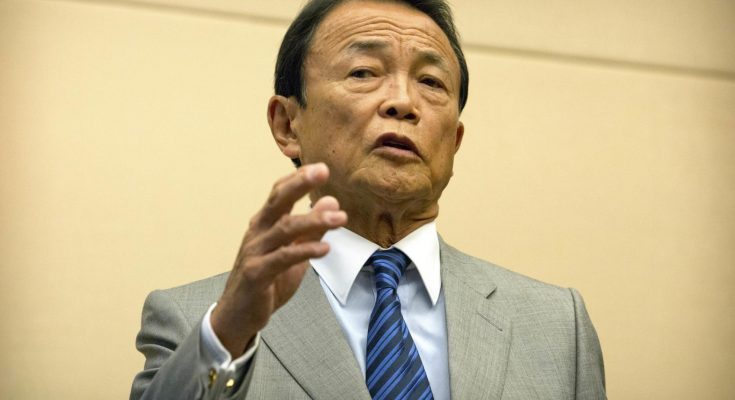 “I have received phone calls (from overseas) asking ‘Do you have any drug that only you guys have?’ My answer is the level of social manners is different, and then they fall silent,” said Aso, who doubles as deputy prime minister, at a parliamentary session in the House of Councillors.

At the start of the June 4 House of Councillors Committee on Financial Affairs meeting, the governing Liberal Democratic Party’s Kenji Nakanishi offered opening remarks and called on Deputy Prime Minister Aso to share his view. Nakanishi had said, “When seen from an international perspective, our country’s response to the coronavirus has been based on uncommonly soft controls. That we have been able to protect values such as freedom even when faced with a crisis is deserving of high praise.”

In response, Aso indicated that his view diverged somewhat from Nakanishi’s account, saying, “Well, we talk about ‘freedom,’ but we consequently took such an approach because there are things the Constitution doesn’t allow. I wonder if we faced the crisis with such a view.” He added, “Because the Constitution imposes limits, this (approach of making non-binding requests) was the most that we could do. Knowing that, and seeing there were still positive results is the point, isn’t it?”

Referring to statistics, Aso cited the death rate as the biggest issue, then went on to say, “I’ve looked into the numbers, and Japan’s coronavirus death rate is seven people per million of population, while in France it’s 228 people, 824 in the U.S., and 309 in the U.K.”

Aso continued, “I have often received calls (from abroad) asking, ‘Is there some kind of medicine only you have?’ But I always just tell them, ‘Our country’s level of social manners is different to yours.’ Then they fall silent. But if I do that then there are no follow-up questions, so I thought it’s the easiest answer, and I often talked about how the qualities we have are different.”

He finished off by saying, “This is an island nation, so there’s a strong sense of solidarity, and I think the people were extremely cooperative with the government’s requests. We have the lowest death rate among developed nations, and the absolute numbers are also low. That we had the cooperation of the people is the main thing, and I think that sums it up. From the international perspective these were lenient ‘favor level’ measures, but that we could achieve what we have through them is an important point that we must all be proud of.”

After the remarks, some expressed a view that the use of the term “social manners” indicated a lack of proper respect for other countries, but when looking at the context of Aso’s statement, it becomes clear that the main thrust of his comments was that cooperation from the Japanese people is what led to effective infection prevention.

Yet one part of what Aso said was decisively mistaken; namely, the death-rate data he referred to as the “biggest issue.” According to the European Centre for Disease Prevention and Control, as of June 4, the COVID-19 death rate in France was about 433 per million people, much higher than the figure of 228 cited by Aso. In the U.S. it was some 326 people per million, lower than the figure of 824 that Aso gave, and in the U.K. it was about 596, almost double the 309 people cited by the deputy prime minister. With the exception of the death rate in Japan of approximately 7.2 people per million, all of Aso’s figures were inaccurate.

If we consider the numbers from Aso’s claim that Japan has the “lowest death rate among developed nations” to mean among the G-7 countries, then Japan does have comparatively much smaller numbers than Italy, with about 557 people per million; Canada, with around 200 per million; and Germany, where the death rate was some 103 per million.

When compared with nations in Asia and the Pacific, Japan has recorded a lower rate than the Philippines, which saw approximately nine per million people die, but higher than Indonesia’s figure of around 6.3 per million. Other countries with death rates lower than Japan’s include South Korea at approximately 5.3 per million, India at around 4.4 per million, Australia at roughly four per million, and China with some 3.2 per million. It appears to be something of an exaggeration to say Japan has the “lowest death rate” based on the definition of a developed nation.