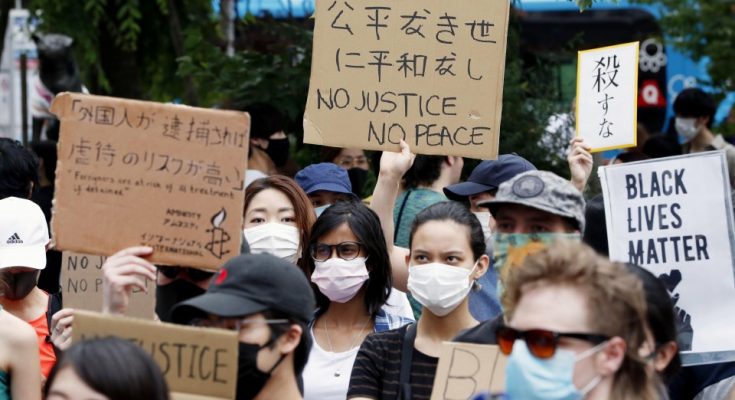 Hundreds of people of various nationalities took to the streets of central Tokyo on Saturday to protest against racial discrimination in solidarity with demonstrations in the United States and elsewhere in the world.

The rally in front of JR Shibuya Station and a demonstration march was prompted by the death of George Floyd, a black man who died after being pinned down by the neck by a white Minneapolis police officer while he was being arrested about two weeks ago.

The protest, involving about 500 people, also came after a recent video clip posted on Twitter showed a Kurdish man coming under aggressive questioning by Japanese police officers on a Shibuya street on May 22.

“Excessive questioning of foreigners by police is universal,” said Kozo Ota, a 36-year-old businessman from Canada, who took part in the protest. “We now have to speak up.”

Another participant, Kim Sihan, 26, said, “As myself also a foreigner living in Japan, I wanted to protest against police violence.”