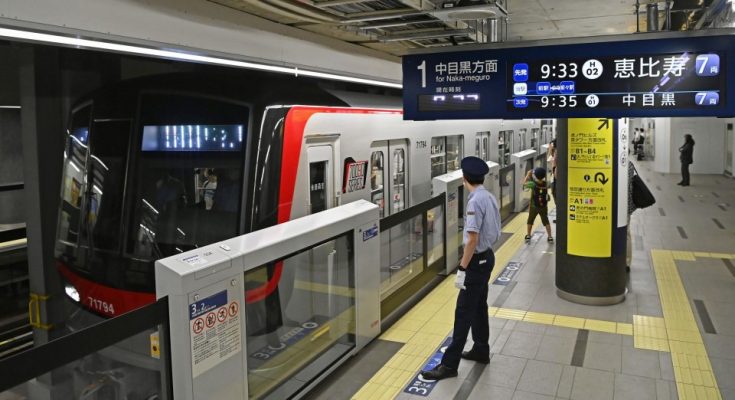 TOKYO : The newly built Toranomon Hills Station in Tokyo opened Saturday, becoming the first new station on the Hibiya subway line since its full launch in 1964.

The station is located among a complex of high-rise buildings, including Toranomon Hills Mori Tower, a 52-story skyscraper which opened in 2014, between Kasumigaseki and Kamiyacho stations on the line operated by Tokyo Metro Co.

The station is also connected through a 450-meter underground passageway to Toranomon Station on the Ginza Line.

Two 147-meter-long platforms are equipped with platform barrier doors to prevent passengers from falling onto the tracks, a first for any station on the Hibiya Line which runs between Nakameguro and Kita-Senju through such areas as Roppongi and Ebisu.

Even after the opening of Toranomon Hills Station, construction work that started in 2016 will continue in order to build a second below-ground level where a concourse will be added to connect the station to neighboring buildings.

Tokyo Metro said it is planning to have that floor ready for the public in 2023 and will also move the ticket gates there.

Many railway enthusiasts turned up to be among the first to board a train at the new station, one of whom was Soichiro Harumiya, a 12-year-old junior high school student from nearby Yokohama who wanted to see the 5:11 a.m. train arrive.

“I got to see the sign for the new station and was able to buy a ticket,” he said. “I am looking forward to seeing many new buildings in the area.”

Along with the opening of the station, a new TH Liner commuter service was launched by Tobu Railway Co which shares part of the subway’s tracks.

The service, on which passengers reserve their seats, connects Ebisu Station with Kuki Station in Saitama Prefecture, north of Tokyo, with a stop at the new Toranomon Hills Station.

“We do not want the station to be merely an underground transfer point, but to give it a new function of connecting to and supporting the local area,” said Kunio Sakurai, an official of the government-linked Urban Renaissance Agency, which has been developing the subway station and nearby areas with Tokyo Metro.

Tokyo Metro set the opening date for the station in time for the Tokyo Olympics and Paralympics, which was originally planned for this summer but is now postponed for a year due to the global coronavirus pandemic.