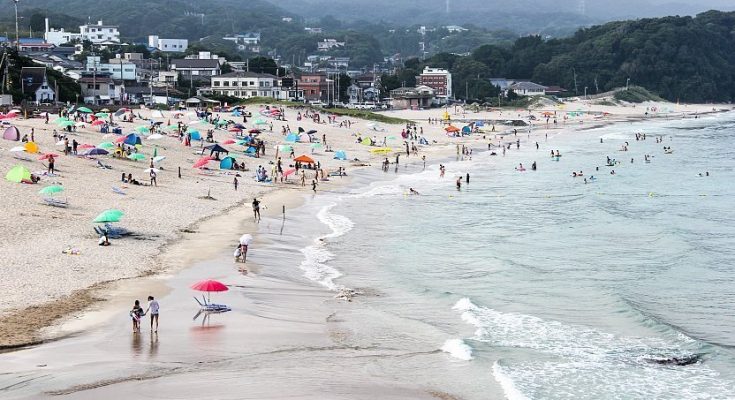 YOKOHAMA : Popular beaches in the Shonan area near Tokyo are likely to have no beach huts or life guards this summer as a number of beach operators have given up on opening amid strict coronavirus control measures.

The 25 beaches in Kanagawa Prefecture, neighboring Tokyo, including some of its biggest in Shonan, attracted 3.2 million visitors last year.

But the prefecture has set a guideline requiring huts to be reservation-only and for operators to enforce social distancing to prevent a second wave of coronavirus infections.

Three major beach operators in the city of Fujisawa said Monday they have decided not to open their beaches this summer as they feel unable to implement the guidelines.

Similar decisions have already been made for beaches along Sagami Bay, including those in Chigasaki, Hiratsuka, Oiso, Kamakura, Zushi, Yokosuka and Hayama.

“If one place opens, people will flow to it,” said the head of one of the Fujisawa operators on Monday.

Kamakura Mayor Takashi Matsuo told a press conference that it will be the first time in the postwar period for the city’s Yuigahama beach to remain closed all summer.

The beaches will not be off limits to visitors, but the decisions mean there will be no life guards or first-aid stations.

Fearing people will still come to swim or surf and may become involved in accidents, some people have urged the prefectural government to take measures.

Authorities will set up warning signs for beaches that are not open, a prefectural official said.

The prefectural government leaves decisions on whether to open beaches up to each operator, but some have accused it of effectively forcing the shutting of all beaches this summer.

Kazuhito Kondo, 60, who has been operating a beach hut every summer in Fujisawa, said the number of young visitors has recently been on the decline.

“If we follow the guidelines, we will be certain to go into the red,” he said.